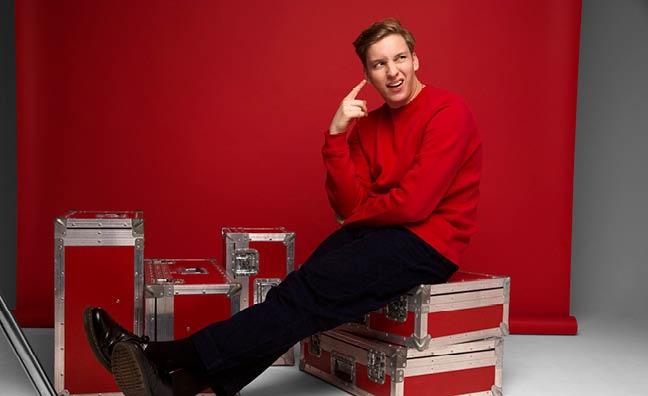 With introductory single Paradise providing his biggest international hit in years, George Ezra’s second album, Staying At Tamara’s, is the highest profile new release this week, and will undoubtedly make a big initial impact on official chart tabulations in the next couple of weeks.

Meanwhile, with first single Sad! climbing the charts, Xxxtentacion’s second album ? (Question Mark) is certain to debut at No.1 in his native USA, and has already made a great start elsewhere. Arriving less than nine months after the 20-year-old rapper’s first album, 17, it storms to No.1 in Sweden and neighbouring Norway, while opening at No.2 in The Netherlands and New Zealand, No.3 in Ireland and The UK, No.5 in Flanders, No.10 in Italy, No.13 in Wallonia and No.15 in Germany.

Midlands heavy metal veterans Judas Priest’s 18th studio album, Fire Power, became their first Top 10 entry for 38 years in The UK last week, opening at No.5. while debuting at No.1 in Sweden, No.2 in Germany, No.5 in Flanders and Norway, No.9 in Japan, No.14 in Wallonia, No.16 in The Netherlands, No.20 in Italy, No.36 in New Zealand, and No.52 in Ireland. It suffers declines in all of the above this week but lands an impressive second set of debuts. Helped by being bundled with a concert ticket in North America, it duly earns the band its highest ever chart placings in Canada (No.3) and The USA (No.5). Without such inducements, it also opens at No.1 in The Czech Republic, No.2 in Austria, Finland and Hungary, No.3 in Portugal and Switzerland, No.5 in Poland, No.6 in Slovakia and Spain, No.8 in Greece, No.12 in Australia, No.19 in Denmark and No.30 in France.  In almost all, it is the highest charting album of the band’s career.

Britain’s Got Talent discovery Calum Scott’s first album, Only Human, opened at No.4 in The UK and impacted on charts in a further seven territories last week. It is on the slide in all of them but the 29 year old – whose first single, a cover of Robyn’s Dancing On My Own, won him global recognition – adds debuts in Australia (No.5), Switzerland (No.13), Portugal (No.19), Canada (No.27), Austria (No.41), Slovakia (No.59), The USA (No.65) and The Czech Republic (No.86).

There are also additional debuts for Midlands band Editors’ Violence in Austria (No.6), Poland (No.10), Spain (No.29) and France (No.68), while Scots-born Talking Heads frontman David Byrne’s solo set American Utopia also tops up last week’s list of debuts, now opening at No.2 in Canada, No.3 in The USA, No.11 in Portugal, No.21 in Switzerland, No.22 in Austria, No.37 in The Czech Republic and No.82 in Australia. Ticket bundling explains its high debuts in The USA and Canada.

Finally, Ed Sheeran’s ongoing Antipodean tour ensures that his ÷ album remains at No.1 in Australia and New Zealand, while rapper Logic’s Eveybody is No.1 in Canada and The USA, and The Greatest Showman soundtrack’s reign continues in The UK and Ireland.