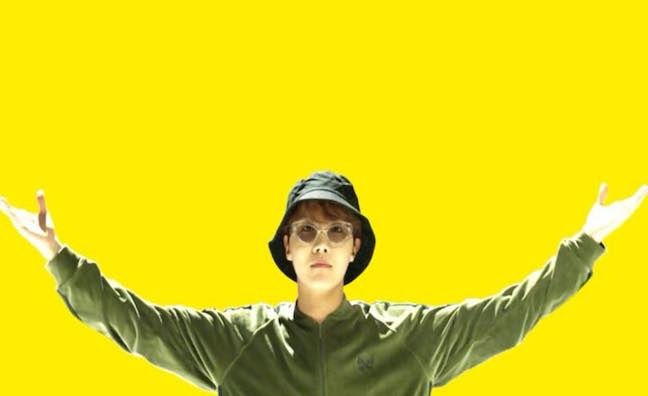 Two down, five to go: The South Korean K-Pop septet BTS - aka Beyond The Scene, Bangtan Boys and Bullet Proof Scouts - provide the most enthusiastically embraced new album for the second week in a row.

Last week it was Agust D - aka Suga and Min Yoon-Gi - who caused a stir with his eponymous debut solo album, leading, sometimes fairly fleetingly, iTunes listings in 11 countries.

This week, it is the turn of his bandmate J-Hope aka Jung Ho-Seok - also 24 years old and also a rapper - to steal the limelight courtesy of his first solo release, a seven song, 20-minute effort called Hope's World. As I write, it is No.1 on iTunes in 50 territories, from Argentina to Vietnam, including such large and influential territories as the USA and the UK. How it performs on official charts remains to be seen, not least because a low retail price - it is £3.99 in the UK, €4.99 in the Euro Zone and $5.99 in the USA - may see it disqualified from the main chart.

The first quarter of the last few years has seen soundtrack albums taking up the slack provided by lacklustre release schedules, and 2018 is no exception with the Fifty Shades Freed, Black Panther and The Greatest Showman soundtracks all selling very well globally. Black Panther spends a second week atop the chart in the USA and Canada, while The Greatest Showman remains at No.1 in Australia, Ireland and the UK , advances 2-1 in New Zealand and jumps 7-2 in Japan.