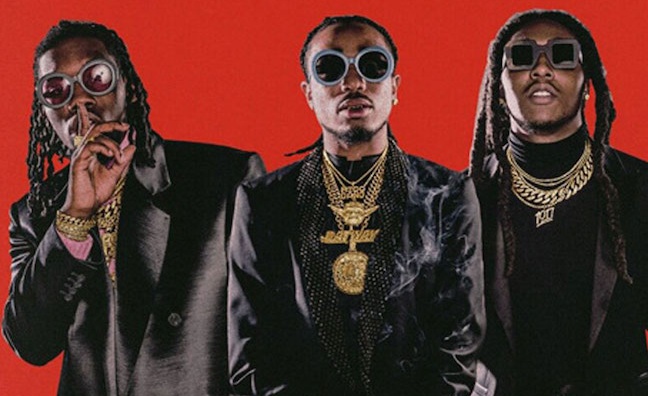 First single Filthy is performing modestly by his standards and subsequent releases Supplies and Say Something (feat. Chris Stapleton) haven't exactly set the charts alight, but Man Of The Woods - the album on which all three appear - is Justin Timberlake's first album of new material in more than four years, and is undoubtedly the biggest new album release this week. It topped the iTunes rankings in 50 territories on the day of release (February 2) and will doubtless make a significant impact on official chart tabulations as they are unveiled over the next week or two.

Although it came out a week earlier than Timberlake's album - being released last Friday (January 26) - rap trio Migos' third album Culture II trumps it, and is still top of the iTunes rankings in 57 countries. In its first slew of actual official chart placings, Culture II debuts at No.2 in the Netherlands, No.4 in the UK, No.5 in New Zealand, No.8 in Flanders, No.11 in Sweden, No.14 in Germany, No.15 in Italy and No.18 in Wallonia.

The album Migos lost out to in the Netherlands is Black Coffee, the third collaboration between blues rock artists Beth Hart and Joe Bonamassa, which also debuts at No.4 in Germany, No.7 in the UK, No.18 in Flanders, No.27 in Sweden, No.29 in Wallonia and No.44 in Italy.

In the UK, Craig David's seventh album, The Time Is Now, falls short of becoming his third No.1, having to settle for a No.2 debut behind The Greatest Showman, which extends its reign to four weeks. The Time Is Now also opens at No.53 in Ireland, No.56 in The Netherlands, No.77 in Flanders, No.97 in Germany, No.99 in South Korea and No.128 in Wallonia.

Ed Sheeran's ÷ spends its 35th week at No.1 in Denmark, and also remains at No.1 in Croatia and Switzerland, while returning to the summit in Canada (2-1) but losing leadership of the chart in the Czech Republic (1-2), New Zealand (1-2) and The Netherlands (1-3).