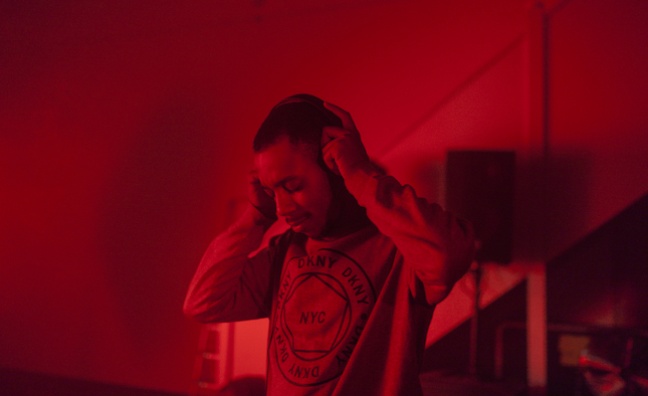 Brand experience agency Amplify, whose clients include Facebook and Google, has issued the latest edition of its comprehensive study into youth culture – and it makes intriguing reading for the music industry.

Young Blood 2 – a follow-up to their 2016 research project – was based on interviews with more than 2,000 18-30 year-olds across all UK socioeconomic groups and regions.

Unsurprisingly, London leads the way given the access to live music and exposure to a variety of genres. The survey found that six out of 10 young people in the capital feel more passionately about music than anything else.

Overall, half of respondents said that music is their No.1 passion (51% for women and 49% for men) and that is higher among younger groups. Men actually talk about music more –  45% say it is their main topic of conversation. Only 15% of those questioned stated that music is not important to them.

“It’s, like, a massive part of creating community and finding people who are the same,” said one 19-year-old.

A 24-year-old said that ticketing apps had encouraged attendance at gigs.

“There’s stuff going on all the time,” she said. “Especially with apps like Dice, where you don’t have to pay a booking fee – I’ll go to a gig every week.

Despite growing up during a period when illegal downloading was rampant, 71% of those questioned think artists should be paid fairly. Amplify identified a link between this attitude and the rise in streaming subscriptions. Ad-funded models including YouTube and Spotify’s free platform are the choice of the 34% who think all music should be free to access.

With 81% of young holding the belief that life without music is uninteresting, Amplify described the involvement of brands in that space as clearly a “good strategy”. In London, where the majority of musical brand experiences take place, 54% think being involved in culture makes a brand better; in the rest of the country, where there’s less exposure to brand collaborations, only 43% agree.

“It’s a quite complex line with brands and culture,” said one teenage respondent. “It’s a fine line between celebrating and working with and then profiting off [music].”

Over half of those questioned felt that brands were guilty of cultural appropriation – perhaps a warning to any companies attempting a clumsy association with urban music.

This is a challenge to brands to be respectful leaders, not followers

“Brands must be cautious when associating themselves with any type of cultural movement but can be more informed by getting a more diverse and representative mix of people working brand side, to show real appreciation and understanding,” stated Amplify in its report.

When those partnerships work, such as sportswear giants' early adoption of grime, it can pay off. The survey found that 35% feel that brands are pushing the boundaries of culture in a positive way.

“This is a challenge to brands to be respectful leaders, not followers,” the report stated.

When it comes to the issue of influence, 62% feel they can sway their peers but they don’t want to be called ‘influencers’, which has effectively become a career choice on social media and is open to criticism. So perhaps rushing to involve so-called influencers from YouTube shouldn’t be the default option for brands.

“It’s actually very, very easy [to be an influencer],” said a 19-year-old respondent. “You just have to sell out, basically, and just take the same type of picture that everyone already does and get sponsored by the exact same brands. As long as you are shameless about it, you’re fine.”

Only 18% see themselves as influencers on social media, while 41% do not want to be more influential on socials (26% don’t have an opinion either way). The report concluded that influence is “reverting back to tighter circles” of friends, with a diminishing importance for peer and family opinion on purchases.

Amplify’s recommendations for brands stressed the importance of representing diversity in advertising, using technology and data responsibly and providing the audience with experiences.

“This is an experience-driven group who are still galvanised by participation in the brands they love,” the report concluded. “Give them stories and connect with them through a culture-driven encounter that they can learn something from and socially share.”