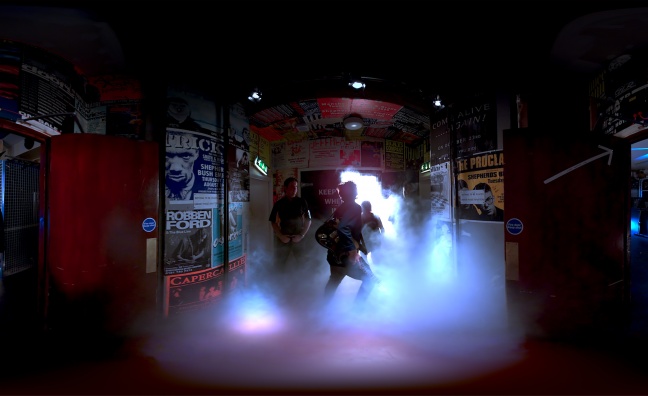 O2 is offering 360° "behind the scenes" access to an O2 Academy venue as part of a series of new virtual reality experiences.

Compatible with multiple VR platforms including Samsung Gear VR Oculus Rift and HTC Vive, fans will be transported into worlds of live experiences.

Featuring a cast of over 100 and filmed by a crew of almost 30, the experience allows users to live through a pre-performance at an O2 Academy venue as either a music fan or a member of a band. Users will be able to constantly swap between the music fan and band perspectives.

“We believe in live, and using the latest VR technology we can showcase our live experiences to O2 customers in our stores across the country," said Gareth Griffiths, head of sponsorship at O2.

The experience is the first time an O2 Academy venue has given 360° ‘behind the scenes’ access, with the band point-of-view showcasing how musicians build up to an event to walking on stage. In another of the experiences, O2 customers and fans can go "head to head" against the England Rugby team, while a third experience - showcasing some of the biggest moments at London's The O2 - is coming soon.

"Through a combination of world first CGI characters and unique interactive gameplay, each experience has been designed to give the user unprecedented access to O2 Academy venues, The O2 and our relationship with the England Rugby team,” added Griffiths.

The experiences are available to try in 90 O2 stores nationwide as well as at Twickenham on match days or at The O2 - and will also be available to download later this year.