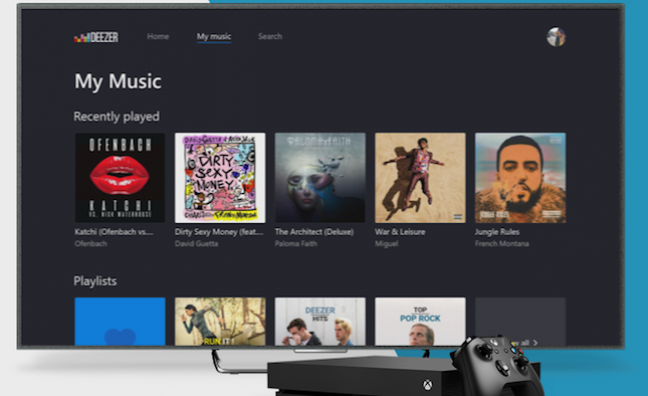 Deezer has launched a new app that enables users of the Xbox One console and new Xbox One X to listen to music while playing games.

The Xbox One app is available for Premium+, HiFi, Family and Student plan subscribers. It includes access to the Flow personalised recommendations. Spotify launched on Xbox One last summer.

“Just as every game has its own soundtrack, gamers using Deezer for Xbox can get into their own personal Flow or listen to any number of mixes and playlists while they play, creating a much more immersive and personal environment,” said Jorge Rincon, VP of North America. “Additionally, gamers that do want to give their eyes a break from the game can still listen to all their favourite tracks using their console as a music system,”

Deezer on Xbox One is available in most countries where Xbox One is sold. Xbox One users can download the app on their console to try it free for 90 days.