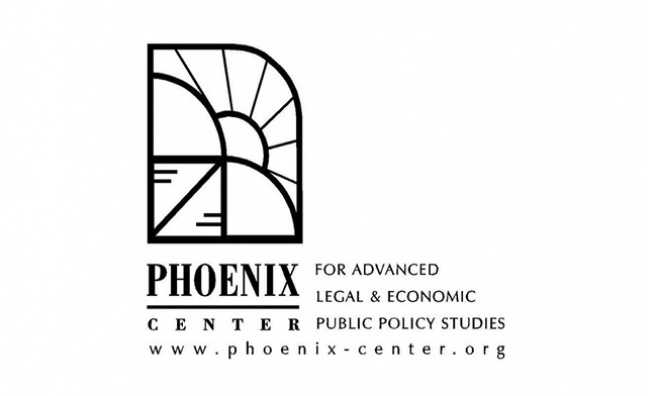 For the first time, researchers have quantified the "value gap" and its impact on the US recorded music industry. A study published yesterday (March 29) by Washington, DC-based economy think tank the Phoenix Centre For Advanced Legal And Economic Public Policy Studies attempted to calculate how much revenue the recording industry loses from the distortions caused by the safe harbour provisions.

Entitled Safe Harbours And The Evolution of Music Retailing, the study was conducted by T. Randolph Beard, George S. Ford and Michael Stern who applied "accepted economic modelling techniques" to simulate revenue effects from royalty rate changes on YouTube. It showed that if YouTube were to pay the recorded music industry market rates, similar to what other streaming services pay, its economic contributions to the sector would be significantly bigger.

The premises used by the Phoenix Centre economists was that, according to the music recording industry, YouTube evades paying market rates for the use of copyrighted content by exploiting the Digital Millennium Copyright Act’s “safe harbour” provisions, which allow to post creative content online in good faith and remove it if rights holders so require.

Using 2015 data, the Phoenix Centre found that "a plausible royalty rate increase could produce increased royalty revenues in the US of $650 million to over one billion dollars a year."

Since the findings of this study confirm the claim made by many in the industry, in particular by record labels' trade body the RIAA, that there is a "value grab" by YouTube and other services using safe harbours, Music Week asked the RIAA if the study had been financed or commissioned by the organisation. A spokesperson for the RIAA said that it didn't commission the study but provided the Phoenix Centre with public industry revenue data, and was not involved in the drafting of the document.

However, the RIAA did find value in the conclusions of the research. “The Phoenix Centre study is more fresh evidence that YouTube continues to treat music creators unfairly by hiding behind an outdated DMCA and paying below-market rates,” said RIAA spokesperson Cara Duckworth.

For the authors of the study, "the source of the distortion in licensing negotiation appears to be that at any one time, there may be multiple unauthorised copies of a particular song available notwithstanding compliance with the safe harbours, suggesting that services may essentially be able to offer access to music without paying royalties and still claim safe harbour protection for infringement."

Taking into account various royalty rates applied to YouTube and other services, the study found that "evidence appears to confirm the claim" that market-based royalties for subscription-based services are about eight-times larger than that paid by YouTube.

“Outdated regulation is determining where and how people listen to music,” said study co-author and Phoenix Centre Chief Economist Dr. George Ford. “The fact that DMCA safe harbour exploitation costs the US music industry between $650 million to over one billion dollars a year in lost revenues is a sizeable effect and lends credence to the recording industry’s complaints about YouTube’s use of the safe harbour.”

The full study can be downloaded here: