Overnight news from around the world: Friday, September 30 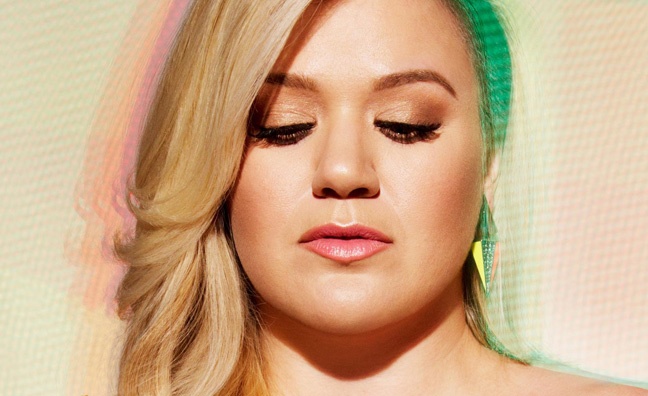 A New York federal judge has found that many of the licensing agreements that Sony Music has struck with streaming outlets such as Spotify, Rhapsody and Last.FM are ambiguous as to how they describe streamed music. American Idol-affiliated 19 Recordings argues that artists such as Kelly Clarkson (pictured), Clay Aiken and Carrie Underwood have been cheated on royalties from streaming. The case continues. (Hollywood Reporter)

Lady Gaga will perform during the half-time show at next year's Super Bowl. The singer took to Twitter to confirm her appearance at Super Bowl LI at the NRG Stadium in Houston on February 5, 2017. She tweeted: "It's not an illusion. The rumours are true. This year the Super Bowl goes Gaga!."

The American Society of Composers, Authors and Publishers (ASCAP) has announced that Katy Perry has renewed her agreement with the society. ASCAP will continue to license public performances of Perry's songwriting catalogue throughout the world.

Shazam has announced a series of significant financial and user milestones. The app has surpassed 1 billion mobile app downloads, achieved EBITDA profitability, double-digit revenue growth and business-model transition to advertising as primary business. There are more than 1,800 artists verified on Shazam that are sharing content with more than 3bn cumulative followers.

Record label 300 Entertainment thas confirmed two new signings to its roster, Cheat Codes and Maggie Lindemann. The label, which was founded by YouTube's new global head of music Lyor Cohen, along with Todd Moscowitz, Roger Gold and Kevin Liles, is known for their work with major hip hop acts like Fetty Wap and Young Thug.

DHP Family has hired Ed Lilo, former head of venues and events at Vice UK, to deliver programming across its three London venues. As DHP’s new head of venue programming, London, Lilo (pictured) will work with external and in-house promoters across Oslo in Hackney, The Garage in Highbury and The Borderline in Soho.

Carpool Karaoke producers Fulwell 73 has announced that Suzi Aplin will be joining the company in the newly created role of head of non-scripted TV. Aplin and Fulwell 73 have previously worked together on Sport Relief campaigns and James Corden’s World Cup Live. Aplin’s track record in British TV is unparalleled, having produced TFI Friday, Friday Night With Jonathan Ross and Comic Relief. She will begin in her new role in early-November. Fulwell 73 Productions director Gabe Turner and producer Leo Pearlman gave a keynote interview at last week's MUSEXPO Europe conference in London.

Independent publishing and rights management company ole has acquired rights management firm Compact Media. London-based Compact Media, which manages Audio-Visual Secondary Rights for more than 700 clients around the world, will bring ole added commercial, data and systems expertise in the space and complements ole’s substantial, existing business in Audio Visual IP and AVSR. Compact will remain under its own brand. All of Compact’s staff members in London, the US and Australia, will join ole.

The finalists have been revealed for this year's Music Week Sync Awards, which return on Thursday, October 20. The 19 categories showcase the best and most successful sync placements across an entire range of media, including film, TV, video games and online. The nominations can be seen in full here. Voting will now be carried out by a series of specialist judging panels, comprising of professionals from across all sectors of the industry. Tables and tickets for the event acan be reserved here.