Overnight news from around the world: Thursday, August 11 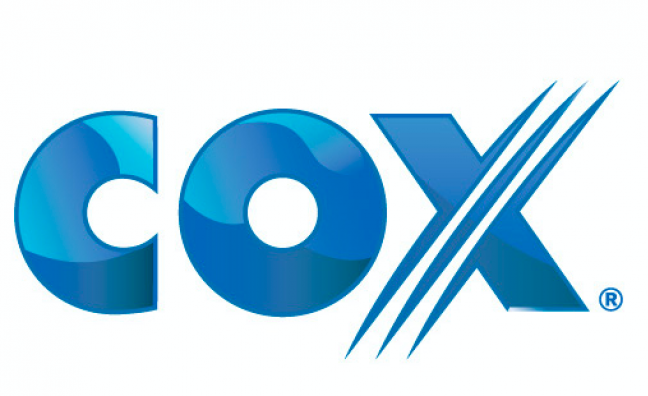 Cox, a US cable provider, is being forced to pay BMG $25m in damages after a court found that it had failed to act upon on its subscribers’ music piracy. This week, the Eastern Virginia District Court dismissed Cox's appeal of the verdict, as well as an appeal from BMG to claim further damages. The judge said that the jury had sufficient evidence to conclude that Cox did not do enough to warrant Digital Millennium Copyright Act (DMCA) protections, when it ignored repeated attempts by BMG to identify and stop users downloading pirated music on Cox's network. The case originally began with complaints from BMG that the cable provider had ignored millions of infringement notices it had filed, and had blacklisted some of the services BMG used to track and report music piracy by Cox customers. BMG claimed that Cox should was accountable for the infringement, as it had not complied with the DMCA rules that protect ISPs from infringement.

Online radio station Pandora will livestream Metallica’s August 20 gig at Minneapolis’ US Bank Stadium. The band’s performance is the first rock concert at the new home of the Minnesota Vikings and tickets sold out in less than 10 minutes. The livestream will begin at 10 pm EST on Saturday, Aug. 20. Pandora listeners can tune in on the day of the gig and catch it on repeat afterwards. Individual songs from the concert will also spin on Pandora. Metallica, who has nearly two billion plays on Pandora, also curated an exclusive mixtape in celebration of the show. The mixtape features songs handpicked by all of the members of the band and features an eclectic mix of all-time favorites and recent discoveries. This is Pandora’s third livestream of a major performance, having previously done so for Jack White and Mumford & Sons.

Music social network Brapp has announced the launch of Brapp TV and record label Brapp Recordings – making it the first YouTube platform to monetise audio from video content. The TV channel will be home to Brapp HD, featuring live, one-take performances by emerging artists. While the record label, launched in partnership with distributor Believe Digital, will release audio tracks recorded via Brapp’s video network, Brapp will take care of post-production, promo and distribution, offering major label infrastructure to many unsigned and emerging artists, but for a fairer share. “We have already recorded 50 live music videos to start releasing in August 2016,” said Brapp founder Pavan Mukhi. “We are going to release the audio from these performances via all the key music services including YouTube Red and well as Spotify, iTunes etc. We also are equally splitting the revenue with artists – something we firmly believe is the right way to do business. We are going to start releasing three music videos and singles a week with a global remit, one from the US, one UK and one international. It’s a very exciting time and a landmark moment in Brapp’s progression.” The first video premiere on Brapp TV features Hackney rapper Mikill Pane, who performed his political track Trafalgar Square, whilst circling the actual Trafalgar Square in a Black Cab.

MetaPop to monetise fan remixes on Spotify and Apple Music

MetaPop, a provider of remix rights management, licensing, tracking, distribution and royalty services for remixers and rights holders, will now distribute and monetise fan remixes on Spotify, Apple Music and Tidal, adding to its existing distribution on YouTube. The company claims that it is the first to monetize a fan remix on these platforms. By connecting rights holders and remixers, MetaPop aims to monetise fan remixes for rights holders, creating an entirely new revenue stream for labels. Founded by Matthew Adell (former CEO of Beatport) and Michael Mukhin (former CTO of Boomrat) MetaPop is free to use for both rights holders and remixers. MetaPop’s proprietary remix finder technology has found that there are over 2.5 million fan remixes online, generating a billion plays month.

The two companies have teamed up to aggressively pursue and develop music publishing opportunities through strategic partnerships with both established and emerging audio-visual production companies. They will be looking to work with those involved in the creation of compelling content in all forms of audiovisual media, including film, television and new media platforms. The venture will leverage the resources of full-service independent music publisher Atlas Music Publishing, including its diverse roster of songwriters, growing music catalogue and global administration platform with the resources of industry veteran Chris Munger and his firm Munger Music.

The Dirty Dancing live stage tour has come under fire for cutting musicians from the show and using recorded music on a backing track. The Musicians’ Union, whose members plan to protest when the show opens today (August 11), claims the show has only five musicians currently employed, as opposed to eight on the previous tour, and that they’re using “unauthorised” backing music. The dispute apparently began when co-producers Paul Elliott and Karl Sydow approached the union about removing the live band from the show completely and using five actor-musicians instead. “There seems to be not a great deal of clarity about how much [the actor-musicians] do on stage compared with the recording,” said Horace Trubridge, assistant general secretary at the MU. “We suspect the majority of what the audience hears is the recording made in Italy.” Paul Elliott refuted the MU’s claims, saying the show has always featured at least 40% real musicians, and has never publicly referred to itself as a musical, saying “none of the leading characters sing”.

Nashville-based, British songwriter Lucie Silvas has signed to Decca Records, releasing her new album Letters to Ghosts on September 2. Silvas achieved early success with her debut album Breathe In, which produced two Top 10 singles and, together with her second album, went on to sell well over a million records in Europe alone. She has toured extensively and worked with the likes of Elton John, Jamie Cullum, Macy Gray and Jamiroquai. Since moving to Nashville she has written and performed with several major country acts, including Kacey Musgraves, Chris Stapleton and Miranda Lambert.