Overnight news from around the world: Thursday, August 18 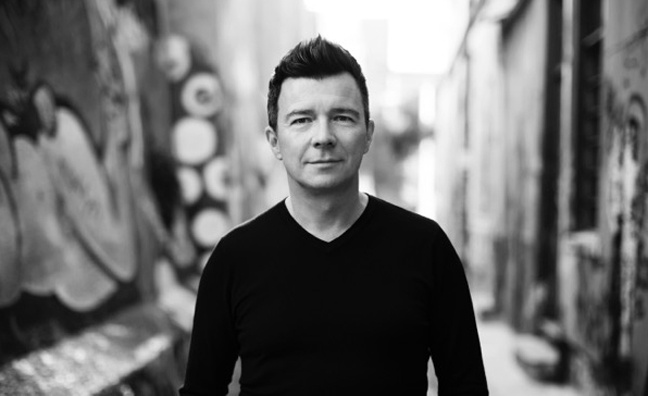 WME signs Rick Astley for worldwide representation in all areas

William Morris Endeavour Entertainment has signed Rick Astley. With over 40 million records sold, and a catalogue of hits, Astley remains one of the most successful solo artists to have emerged from the United Kingdom, holding the distinction of being the first male solo artist to see his first eight singles reach the UK Top 10.  Last week, Astley returned to the US with a big comeback for his first official shows here since 1989 in advance of the release of his new album 50, which will be available October 7.

The International Music Summit (IMS), in partnership with Budweiser STORM Festival, has revealed the first round of speakers and initial programming details for the third IMS Asia-Pacific, taking place Sept 29 – 30 in Shanghai, China at the Hyatt on the Bund. IMS will gather global artists, thought-leaders and industry figureheads to explore the growing influence of electronic music and the issues, challenges and opportunities that face the industry globally and in Asia. Two of the world’s biggest electronic artists, Alesso and Skrillex, arrive at IMS Asia-Pacific to share how they are building their profiles in Asia.

The worldwide contract was announced yesterday by Capitol Music Group chairman and CEO Steve Barnett, covers McCartney's entire body of post-Beatles work, including solo projects and collaborations. “This is genuinely exciting for me,” McCartney said. “Not only was Capitol my first US record label, but the first record I ever bought was Gene Vincent’s 'Be-Bop-A-Lula' on the Capitol label.” "Paul McCartney’s association with Capitol has long defined so much of our historic legacy, and all of us here are extremely proud and honoured that he has chosen to come back home,” Barnett said. (Music Week)

A recent study by Melissa K. Weinberg and Dawn Joseph has shown that engaging with music - actively, by playing or making music, or passively, by listening to music or attending concerts - can improve your sense of wellbeing. Said the report: "The  study  provides  an  overview  of   the general relationship between music and subjective wellbeing at a population level, by contrast to most research in the area that has focused on evaluating clinical interventions involving music. The insight gained  from these findings can be used to inform future interventions and to better understand how music  is involved in emotional regulation."

Blockchain to benefit from $1bn investment from finance industry this year