Overnight news from around the world: Thursday, September 8 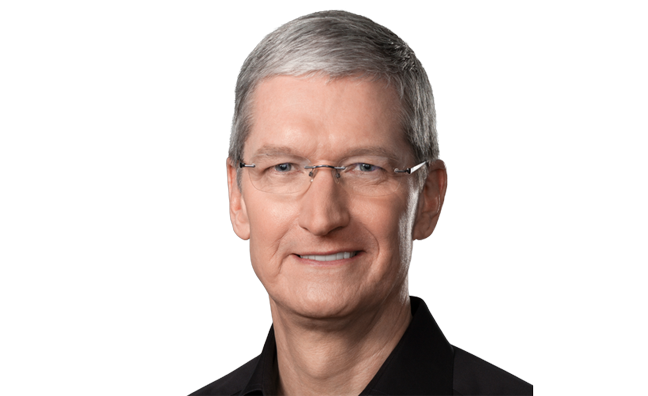 Apple Music has now passed the 17 million subscribers' mark, up from 15 million in June, according to Apple CEO Tim Cook. Speaking at the Bill Graham Civic Auditorium in San Francisco, Cook opened his presentation at the company's annual fall press event with a nod to Apple Music. “We've always had a deep love for music. It inspires us and it is a key part of our product experience,” said Cook.

French competition authorities have cleared a proposal that would give Access Industries "exclusive control" over global music streaming platform Deezer.  The decision, outlined in an 11-page document from June 24, 2016, but only made public this week, follows a January 12, 2016 deal which saw Access Industries, the umbrella company of London-based Ukrainian-born American billionaire Len Blavatnik, take the lead in a financial round that injected $100 million in Deezer.

Roman Tagoe, head of digital content at Time Out London is joining Deezer in a newly created role of head of content and editorial UK & Ireland, and will be responsible for leading our content strategy, managing the editorial team across all content areas (music, talk, live) as well as partnerships & rights management. Christian Harris VP of Deezer for Northern Europe said: "We couldn't be more excited to have Roman on board. He is joining us at a time of unprecedented growth in this market to help us define and enhance our offering across music, talk and live events. Roman brings a unique skill set to Deezer which will help differentiate our offering even further."

Culture Minister: Lessons must be learned from Fabric

Digital and culture minister Matt Hancock has declared the closure of London’s Fabric nightclub to be “very sad” – but declined to intervene in the decision to shut it down. Responding to a question from the audience at the BPI AGM in County Hall, London, where he made his debut speech to the music industry after his surprise appointment, Hancock said that he lived “100 yards” away from Fabric when he first moved to London. (Music Week)

International music showcase producer and curator British Underground will partner with the Americana Music Association to host the fourth annual Bootleg BBQ in Nashville, during AmericanaFest the world’s biggest celebration of Americana music. The Bootleg BBQ is an internationally recognized industry networking and music event, hosted at cool east Nashville record store, The Groove on Saturday 24 September. The event celebrates the UK‘s best musicians influenced by Americana and will feature performances from acts including Teddy Thompson & Kelly Jones and several artists who have been supported by the International Showcase Fund this year, including William The Conqueror, Yola Carter and Robert Vincent. The event will be hosted by Baylen Leonard – BBC Radio 2 broadcaster and presenter and US country music expert.

City music festival Glasgow Summer Sessions 2016 has received praise from Police Scotland, a local councillor and local residents following a very successful festival in Bellahouston Park in Glasgow on the weekend of August 26-27. Almost 60,000 music fans attended over the two days with Noel Gallagher’s High Flying Birds giving an outstanding show on the Friday night with a set of Noel’s newer releases as well as Oasis classics. Support came from a resurgent Richard Ashcroft, in what was only his second Glasgow gig since 2006.

Nashville-based US music rights organisation SESAC is pursuing its strategy of wooing major talent by signing songwriter and film composer Randy Newman for representation. Newman, who has won Oscars, Grammys and Emmys with his compositions, was previously with ASCAP. “I am looking forward to a long and (It won’t be too long, will it?) happy association with SESAC,” Newman said in a statement. Newman is currently working on new recordings. In 2014, Newman signed an administration agreement for North America with New York based publisher Downtown Music Publishing which covered his catalogue from 1977's Little Criminal onwards, including such songs as I Love LA, Short People, and It's Money That Matters.

Country duo Ward Thomas' LP Cartwheels is currently No.1 in the Album chart, ahead of Jamie T's latest album Trick. At No.3 is The Carpenters with the Nation's Favourite Songs, while last week's No.1 Barbra Streisand moves from 1-4. The No.5 position goes to new entry A Day To Remember with their album Bad Vibrations. In the Singles chart, last week's No.1 Chainsmokers feat. Halsey's Closer is still at No.1 followed by last week's No.2 Let Me Love You by DJ Snake feat. Justin Bieber.