Will Drake's One Dance download price drop keep it at No. 1? 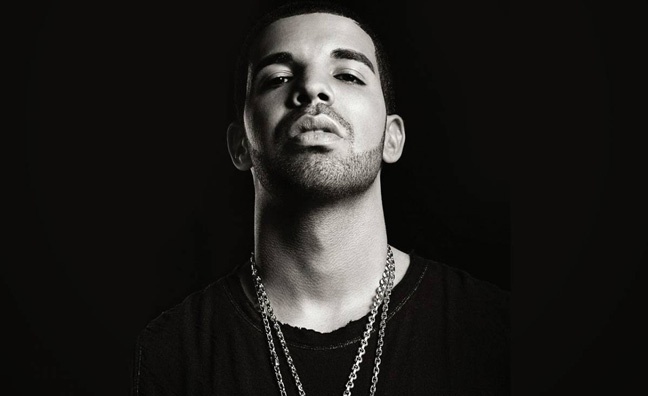 The price of Drake’s One Dance has been dropped to 59p on iTunes, as the track edges ever closer to becoming the UK’s longest-running No.1 track of all time.

During its 14 weeks at the top, One Dance’s success has relied increasingly on streams, with last week’s Official Singles Chart showing that it drew just 22.24% (12,171) of its sales from paid-for purchases. It’s also worth noting that it sold just 44.11% more than the No.10 - the smallest differential in any of the 863 chart weeks this century.

Now, less than two weeks away from toppling Bryan Adams’ 16-week singles chart record with Everything I Do (I Do It For You), the download price of One Dance has dropped to 59p on iTunes – a move that may well see Drake over the line.

It certainly seems to be working.

According to Official Charts Company midweek figures, One Dance (which is again No.1 on the midweeks), has chalked up more downloads so far this week (11,854) than at the same stage last week (9,172), going someway to make up for a slight dip in streams, which are down from 2.5 million to 2.4 million week-on-week.

A spokesperson from Drake's UK label, Island, told Music Week that the price drop was common practice on iTunes and a useful way of boosting paid-for sales. With One Dance dropping out of the iTunes Top 15 sales chart, but still big on radio 16 weeks after release, the label decided to join iTunes' fortnightly 59p track campaign on Friday (July 15).

Other artists with current hit tracks using the promotion include Clean Bandit and Shawn Mendes, while Jonas Blue and Calum Scott have also featured at 59p in recent weeks.

“It is a standard campaign feature on iTunes adopted by a number of best-selling singles, and can prove very effective in driving incremental single downloads over the short campaign period, assisted by the profile iTunes put around the campaign,” said the spokesperson.

Nonetheless, the decision to drop the price of a No.1 single would typically be viewed as unusual. But either way, if it results in Drake trouncing Bryan Adams’ long-standing record, it’ll have been a shrewd piece of business from artist and label.

Watch this space for the Official Singles Chart reveal on Friday to see if Drake is still holding on to the No.1 spot.