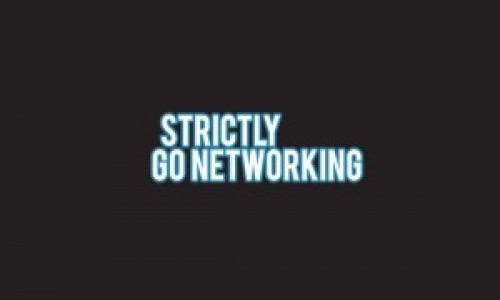 Guess what? ‘Strictly Go Networking For Music Professionals’ is coming back!

For our ‘comeback’ event, we’ve decided to turn it up a notch and invite not just one, but two incredible speakers to deliver exclusive, unheard, music industry insights and success stories to you. And you’ll get to network with the best people in the music business…

Hannah found global fame by uploading videos of her performances to YouTube. Having garnered 70 million views, numerous top ten international singles (including two Number One singles in Laos and Vietnam), and more than 500,000 total followers online, Hannah Trigwell’s journey is a unique one that has an exciting path ahead.

Currently 25, Hannah began her career at 17 years old, busking on the streets in her hometown Leeds before being encouraged to upload her music onto YouTube. During University, she released two EP’s, and toured the UK and Europe three times. She also won ‘Best Unsigned Artist’ in the Online Music Awards.

More recently, Hannah performed at The Isle of Wight Festival in 2015 and played to sold-out crowds alongside Jake Bugg, Lawson, Boyce Avenue and many more. She was also introduced as ‘The People’s Popstar’ when featured on ITV’s ‘Lorraine.’ Her growing celebrity fanbase includes One Direction’s Louis Tomlinson and Ed Sheeran.

Hannah has just completed a tour of the UK and Europe, supporting Jeremy Loops as well as performing to over 1,000 fans in Doha, Qatar. Later this year, Hannah will perform in South East Asia. Her latest single ‘Another Beautiful Mistake’ will be released in April this year.

Keith Harris began working for the recording industry in 1974. In 1976, he joined EMI Records where he initially worked for several in-house EMI labels in the promotions department. These labels included Rocket, where he worked on the Elton John album ‘Blue Moves,’ Fantasy, Ariola and EMI International.

He then joined Motown which was an EMI licensed label. He worked for Motown for two years ending up as the General Manager. During this period, he worked with artists such as Marvin Gaye, Diana Ross, Smokey Robinson, The Commodores, Rick James, The Supremes, Thelma Houston and Stevie Wonder.

Keith left Motown in 1978 and moved to Los Angeles to work with Stevie Wonder and became the Operations Manager for Stevie’s companies. On his return to the UK in 1982 he formed his own management company and has been involved in the management of various UK based artists since.

Keith still represents Stevie Wonder today. His other roles include: Director of Performer Affairs for PPL, the former Chairman for the MMF, the Chairman at MusicTank, and a Trustee of the British Music Experience.

He was awarded an Honorary D.Litt (Doctor of Letters) by the University of Westminster in November 2007 where Keith was a visiting lecturer for BA Commercial Music, from the 1990’s to 2008. Keith was awarded an OBE in June 2015 for services to the music industry

We’ve also partnered with some of the country’s largest Music Industry networks including Music-News, BASCA, Laika Network, Record of the Day, Soundcheque, Music Network Pro, Singers Pro, and more. AND, we’ll be returning to our former residency at the newly refurbished Sway Bar. If you think it looked good last time, you should see it now…

‘Strictly Go Networking’ was launched in 2013 by George Taylor, who has since founded Creative Industry Hub, an exciting new start-up that provides a wide range of events and services to creative industry professionals.

‘Strictly Go Networking For Music Professionals’ was the most popular Music Industry networking event in London and invited the best speakers in the industry and attracted in excess of 200 attendees from all different areas of the industry, including artists, record labels, artist managers, A&R, sync artists, session players… You name it. They were there.

We had speakers ranging from Dave McPherson from InMe, to Adam Perry from ‘A’ and the Bloodhound Gang, to Tony Michaelides – who was the promoter for iconic artists such as U2, Bob Marley, Whitney Houston and more.

And just in case you’re thinking ‘why should I come to this? What’s different?’ How about this…

Will it cost a bomb?

No, you’ll only pay £10.00 a ticket. Priceless marketing for you and your talent.

Will I waste my time talking to people I don’t want to?

No. You’ll be given a colour-coded name badge with your name and job title, so you’ll know immediately who to approach, and who not to.

What will I need?

Nothing. Just a ton of business cards to share.