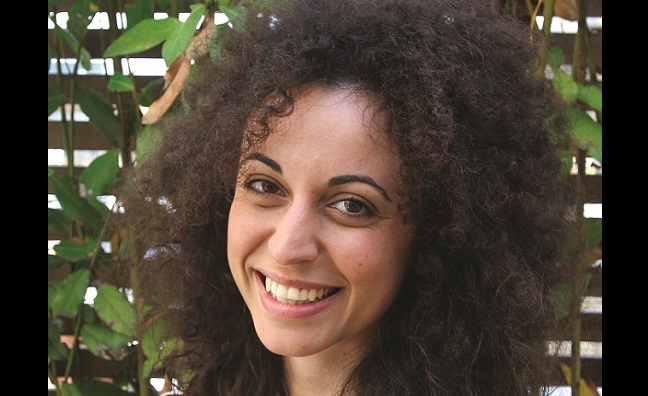 Why did you choose music?

“All the good jobs were taken (just kidding!) It actually developed organically. My grandma taught me to sing about the things around me at an early age. As soon as I could write, I used creative writing, and poems in particular, as my method of experiencing and observing the world. Whenever I managed to get my hands on a new cassette, I’d play it instantly and write down the lyrics of my favourite songs. My Walkman was always with me. Then it became an MP3 player, then an iPod, and finally it became a record player, accompanied by a job in music publishing.”

What’s the best bit about your job?

“Being able to push the boundaries. Music is such a competitive industry. Everyone has to hustle hard – but some have to hustle harder because they have the ‘wrong bank account,’ ‘wrong colour,’ ‘wrong gender’ and so on. I’m blessed to have a job that enables me to touch upon these fundamental issues, while also helping to level the playing field on a larger scale through a number of projects I’m steering for AIM. It’s a privilege to be able to work for an organisation that makes diversity and inclusion a priority in all aspects of its business, from its conferences to its partnerships.”

How can the indie sector grow and change in 2020?

“By embracing change on all fronts and making the most of it. From Brexit to climate change, it’s more important than ever to stay ahead of the game. At AIM, we are doing everything we can to help our members gain access to the capital and investment which will enable them to do so. The world is changing at such a pace that traditional models often can’t keep up, but the independent sector’s creativity and agility will continue to drive its growth.”

Whose career has inspired you most?

“As I’m all about film music and soundtracks, this answer relates to the remarkable film music editor Suzana Peric, who inspired me to leave Croatia and pursue my career abroad. Suzana did the same in the ’70s when she moved to New York and today she has worked on over 100 feature films and received multiple awards. I’ve seen her in action on a few sync projects I worked on before joining AIM, and hopefully she’ll be able to come to our conference, AIM Sync 2020, on March 30!”

Where will you be in five years?

“On the cover of Music Week!”