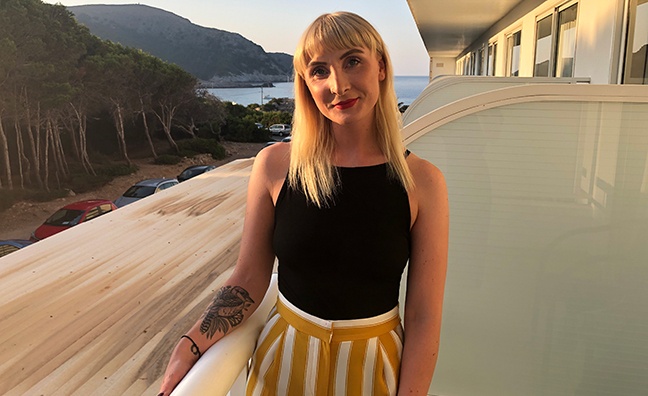 The biz's brightest new talents tell their stories. This week it's the turn of ITV music supervisor Hayley Smith.

“I’ve always been in awe of the power music has in film and television and how it can completely set the tone and bring entire scenes to life. Now I watch the pivotal moments on TV with that in mind, and knowing that I play a part in that moment is such a rewarding feeling.”

What can shows like Love Island do for the music business?

“Love Island has a huge place in the music industry right now. It has forged its own sound and transitioned into a show that people watch not only for the entertainment value, but also for music discovery. The proof is there with the incredible success of Freya Ridings last year and I’ve already heard really promising things about a bunch of other artists featured in this series. The stats from Shazam have been record breaking and the fact that one play on the show can shoot you right to the top of the iTunes chart and into the official Top 40 speaks for itself.”

How has the industry taken to the show from your perspective?

“Love Island has taken the music industry by absolute storm! The show is the biggest and best it has ever been and is only going in an upwards direction. The series producers and our music team have worked so hard over these last five years to create a brilliant and reputable soundtrack, meaning that artists actively want to be associated with it. Everybody wants to be involved, which allows us to form great relationships with everyone in the industry, from the majors to independent artists, as we are all inside this huge and exciting Love Island-shaped bubble for half of the year.”

What’s your best moment so far?

“I’ve been fortunate enough to have been involved with so many amazing things since I started at ITV almost two years ago, but travelling to Australia to work on I’m A Celebrity… Get Me Out Of Here! is a real treat. Additionally, our team was presented with a Freya Ridings platinum disc for her success on Love Island, so that was a pretty affirming moment.”

“I am really living it right now, working on some of the biggest television shows in the UK and travelling the world while doing it, but I love the idea of working with films one day, too.”