'Brits are much more aware of everything that's going on': Seymour Stein on why UK execs rule the biz 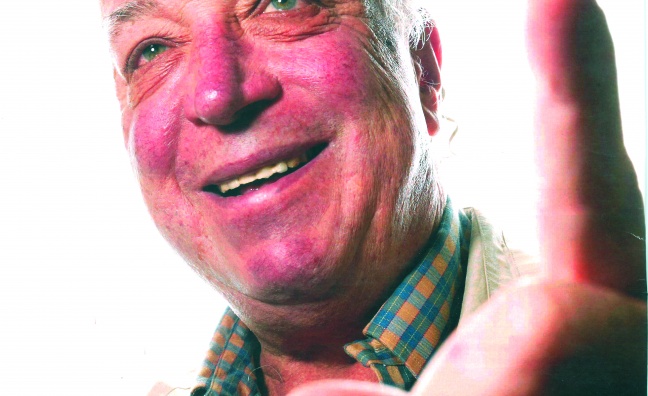 Legendary A&R man Seymour Stein has praised British executives and artists, saying they are uniquely suited to the demands of the modern music industry.

“There’s a reason for that,” he said, speaking in the current issue of Music Week. “A very sensible reason. America still thinks it’s ground zero, that it’s everything. The Brits know that, if they don’t branch out and look everywhere, they’ll just be a small part of the business.

“The Brits are much more aware of everything that’s going on everywhere, including the United States,” he added. “It’s something that I always thought would happen and it has. The three people who are running the show now are all British and it’s a good thing.”

Stein, who recently announced his departure from Warner after 40 years under its umbrella, had particular praise for 2018 Music Week Strat Award winner Lousada, describing him as “a music man and a businessman too”. Like Stein, Lousada came from the indie scene and has thrived in Warner's artist-friendly, entrepreneurial environment.

America still thinks it’s ground zero, that it’s everything. The Brits know that, if they don’t branch out and look everywhere, they’ll just be a small part of the business

Stein’s love for the UK has been a feature of his career. As well as signing classic American artists such as Madonna, The Ramones and Ice-T, he has been a regular visitor to our shores throughout his career, and was often the first US exec to pick up on hot UK acts. Consequently, he became a prime mover in the US careers of classic British bands such as Depeche Mode, The Pretenders, The Smiths, Depeche Mode and The Cure.

“England’s been very kind to me,” he says. “I fell in love, not just with the music but with the country. I couldn’t believe that, after everything that happened in the ‘60s with The Beatles and The Rolling Stones and The Kinks and The Who and everything else, that people didn’t pay strict attention to everything that was happening in England on a weekly, if not daily basis. I certainly did.”

Stein is now gearing up for the next phase of his career, back in the indie scene where he started out. He has just released a new book, Siren Song, which documents his career to date.

To read the full, unmissable interview with Stein, including his revelations about Madonna and the internal politics at Warner during the ‘80s and ‘90s, see this week’s print edition of Music Week, or click here. To subscribe to Music Week and never miss a vital music biz story, click here.