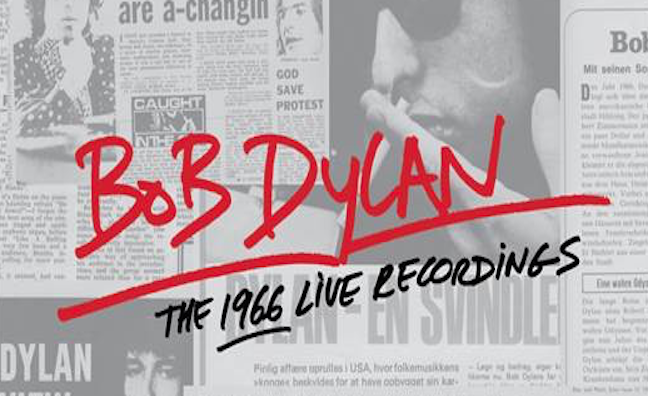 Sony continues to dig into the vaults of Bob Dylan with plans to release what is probably one of the most ambitious projects to date relating to his recordings.

On November 11, Columbia Records and Legacy Recordings, the catalogue division of Sony Music Entertainment, will release Bob Dylan: The 1966 Live Recordings, a 36-CD box set containing every known recording from the artist's 1966 concert tours of the US, UK, Europe and Australia, 50 years after they were performed.

"While doing the archival research for The Cutting Edge 1965-1966: The Bootleg Series Vol. 12, last year's box set of Dylan's mid-60s studio sessions, we were continually struck by how great his 1966 live recordings really are," said Adam Block, President of Legacy Recordings. "The intensity of Bob's live performances and his fantastic delivery of these songs in concert add another insightful component in understanding and appreciating the musical revolution Bob Dylan ignited some 50 years ago."

Legacy said that Bob Dylan: The 1966 Live Recordings is drawn from three main audio sources: soundboards, CBS Records mobile recordings and audience tapes that were meticulously researched, curated and restored. Most of the material contained in the box-set had never been released - except for some of them on bootlegs -- with the exception of the Manchester concert (from May 17, 1966 with the infamous exchange between a member of the audience and Dylan: "Judas!", "I don't believe you...You're a liar!") released as Bob Dylan Live 1966 – The Bootleg Series Vol. 4 (Columbia/Legacy) in 1998, and a pair of songs appearing on the 1985 Biograph compilation.

All the songs on The 1966 Live Recordings were written by Bob Dylan (vocal, guitar, piano, harmonica) with the sole exception of Baby, Let Me Follow You Down, a traditional song arranged by Bob Dylan for concert performance. During the tour, Dylan is accompanied by four members of The Band -- Robbie Robertson (guitar), Rick Danko (bass, backing vocals), Richard Manuel (piano), Garth Hudson (organ) – and by Mickey Jones on drums (Sandy Konikoff plays drums on the White Plains and Pittsburgh shows only.)

Liner notes for Bob Dylan: The 1966 Live Recordings have been provided by Clinton Heylin, a consultant on the project and author of JUDAS!From Forest Hills to the Free Trade Hall: A Historical View of Dylan's Big Boo.

Each of the individual CDs in Bob Dylan: The 1966 Live Recordings is housed in a custom sleeve featuring stills from color film shot by D.A. Pennebaker, who filmed Dylan's 1965 and 1966 tours providing material for classic documentaries Don't Look Back (1965) and Eat The Document (1966).