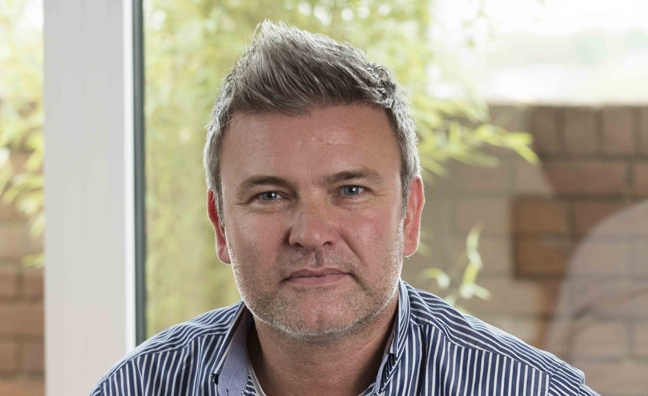 David Hawkes is to be the new boss of Universal Music UK’s Commercial division following Apple’s hiring of his predecessor, Brian Rose.

Hawkes, who will report to Universal Music UK COO David Sharpe, comes to the role after 14 years at Island Records, most recently as general manager.

"The rapid evolution of our business including the growth in streaming and the robustness of physical music-buying makes this an exciting, challenging and enjoyable time to be taking this next step in my career, working with the supremely talented people across both Universal’s labels and our business partners,” said Hawkes.

Since 2014 Hawkes has also been group director of e-commerce and his promotion will see him adding sales, central digital and audience research and planning to his brief. Hawkes joined Island from Kingfisher Group in 2002 as head of sales. He was promoted to commercial manager in 2006, expanding his role with web stores and ticketing offers for the likes of Portishead, Keane, Mumford & Sons and Florence + the Machine. He also orchestrated the roll out of the hugely successful Star In The Hood clothing line.

Hawkes was promoted to commercial director at Island in 2010, branching into areas of brand management, licensing and finance, before becoming general manager in 2014. Island has been enjoying a stellar 2016, setting a number of chart and sales landmarks.

Universal Music UK chairman & CEO David Joseph said: “David has a potent combination of experience from traditional bricks-and-mortar retail, through to the fast-evolving streaming market, as well as being a constant innovator throughout his time at Island. There is no question the whole business will feel the benefit of his entrepreneurial approach in his new role.

“David will be picking up from the fantastic job Brian has done in his 13 years with us. Brian has made an immeasurable contribution to Universal Music UK, striking deals which have changed the shape of our business as well as overseeing countless exceptional retail campaigns for our artists. We wish him all the very best for the future.”

Rose had served as MD of the commercial division since 2009 and was the regular voice of Universal in Music Week’s renowned quarterly market share reports. Apple has yet to announce his new role, but his move comes after Music Week exclusively revealed Apple Music and iTunes Europe head of music Neil West was moving to a new role heading up apps, games and music for the company in Southern Europe.