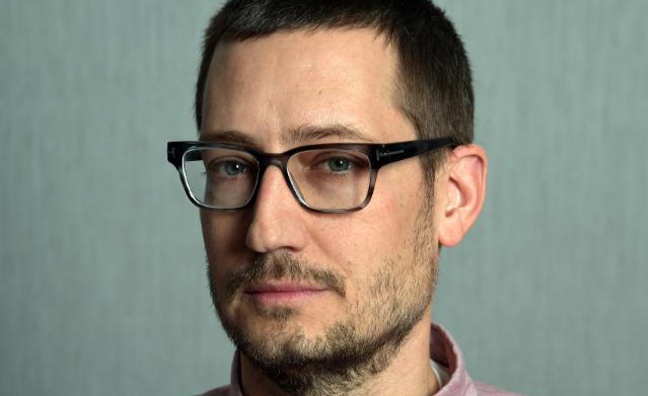 Wolter (pictured), who began his career at Mercury Records in 1993, followed by a stint at Hollywood Records, comes to Capitol after nine years at RCA Records, most recently as SVP of A&R.

In his new role, Hollywood-based Wolter will sign and develop artists for Virgin, as well as oversee recording projects for new and established artists.

"David's track record speaks to his impeccable taste and skills as an A&R executive," said CMG president Ashley Newton. "We've had a longstanding and close working relationship in the past, and I couldn't be happier that he is taking on such an important role at Virgin Records as we reimagine the label."

Wolter was previously recruited by Newton back in 1997, when he became VP of A&R for Virgin Records, working with artists such as Gorillaz, Katy Perry and 30 Seconds To Mars. At RCA, he went on to work closely with the likes of Walk The Moon, Elle King, Bleachers, The Strokes, Cage The Elephant and Ray LaMontagne.

"When Ashley Newton first brought me to Virgin almost 20 years ago, the label was creatively left of center and far ahead of the curve," said Wolter. "Steve Barnett and Ashley articulate a similarly exciting vision for where they want Virgin to be headed, and I thank them for this great opportunity to be playing a key position in helping that vision become reality."