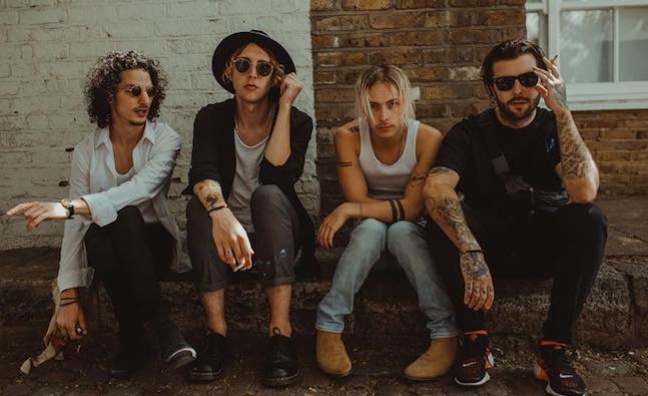 The deal, which covers the independent label’s artists including The Hunna (pictured) and Coasts, expands on the UK distribution partnership agreed with ADA in 2015. The new agreement has evolved to become a global sales and distribution pact that will give High Time access to full label services, including PR, Radio and TV promotion, as appropriate to each artist and territory.

The label is also set to open offices in LA and Sydney.

The Hunna’s 2016 debut album 100 has sales to date of 55,368, according to the Official Charts Company. The band play Alexandra Palace in November.

Dan Chalmers, president, ADA UK at Warner Music, said: “Working together in the UK over the last few years, we’ve witnessed, first-hand, Carl’s deep-rooted sense of quality and his inherent understanding of what today’s music fan wants. He’s smart, savvy and knows how to make calculated risks that play to his advantage; a music industry pioneer in the truest sense. It’s really great to have signed this new, five-year deal and to be working to help drive High Time further forwards, expanding their artists across the world.”

Hitchborn said: “I’m delighted to extend the partnership with ADA/Warner Music to a five-year global distribution deal and look forward to working with ADA to break High Time artists on a global scale. Our successful campaigns working with the enthusiastic UK team, led me to forge a long-term global partnership with Warner Music at a hugely important time in High Time’s growth.

“Given my strong relationship, developed over the last four years, with both Dan Chalmers and Max Lousada, as well as meeting with various ADA teams around the world, the excitement and enthusiasm to work with us made this deal a no brainer. High Time will soon be opening offices in LA and Sydney, and with more signings and artist innovations to come we are committed to proactively pursuing and maximising opportunities for our artists. High Time is proud to blaze a new trail for the industry.”