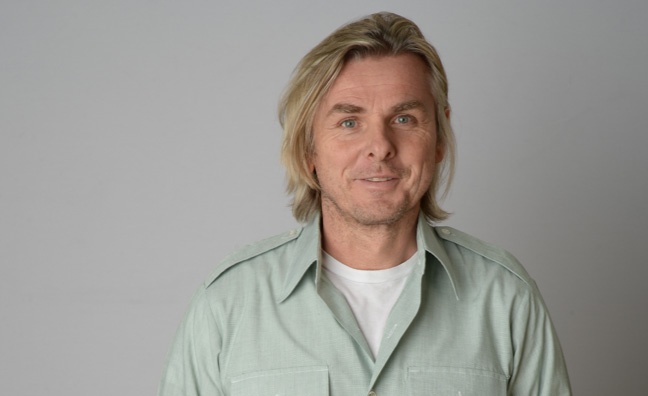 It may feel out of step with the Christmas cheer sloshing around this week, but the sad, bad and unfortunate events of 2016 - and there were quite a few - do bear analysis.

You've read part one of our music executives' worst moments of 2016, now scroll down for the second and final instalment.

Richard Davies, founder, Twickets
The Q Awards accepting StubHub as their prime sponsor for the event. A signal of intent from the secondary market to seek acceptance through association with the industry. The silver lining being how badly it backfired when so many artists openly criticised their involvement.

The continued decline of the album format due to the heavy emphasis on working single songs across streaming platforms.

Pieter Van Rijn, CEO, FUGA
Companies that have had financial troubles, like SFX and Guvera.

Malcolm Dunbar, co-founder, PledgeMusic
The tragic departure of so many great artists in the past twelve months hangs like a big shadow over this year. I would imagine that is echoed by a lot of other people in the industry as well.

Jon Gisby, head of europe, Vevo
An expletive filled early morning in Glastonbury as thousands of tents checked the referendum results one by one, and found themselves waking up in a different country. The least worst outcome of Brexit is a lot of ongoing uncertainty and distraction. But it could be a symbolic reaction against the creativity, inclusion and progressiveness which has underpinned the success and culture of the music industry and its audiences.

Korda Marshall, executive vice president, new recordings, BMG
YouTube’s payment to artists while they make huge profits continues to be the worst thing about the record industry. Also, the lack of new talent breaking through this year was disappointing.

Mike Smith, managing director, Warner/Chappell Music
The loss of so many legends, from Bowie to Rod Temperton, has been a blow this year.  Beyond that, in business terms, our greatest challenge is breaking new songs and artists in the streaming market.  When a song connects, it can break further and faster than ever before, but the charts are definitely slower and the biz is working hard to counter that and connect music fans to new tracks and artists.

Sarah Liversedge Platz, director A&R, Bucks Music Group
We lost so many influential pop legends this year ­ we also had the shock of BREXIT and the on-going battle with Youtube.

Robert Ashcroft, CEO PRS for Music
The US Department of Justice’s announcement that it would pursue 100% licensing, a decision that would make it impossible to license both the vast majority of new music created in the USA and virtually all music written abroad: a potential catastrophe in the making.

Paul Rodgers, head of BBC Radio 6 Music
The performing arts lost many much-loved people in 2016. Music was particularly affected, with deaths of true pioneers and innovators, the likes of which we just won’t see again.Each year, Gideon Coe makes a 6 Music programme to mark the passing of significant figures in music. I was with his producer a few weeks ago and his list of candidates for inclusion ran to two closely written pages. This year Gideon will make two programmes instead of last year’s single show.

Anthony Hippsley, talent manager, Bucks Music Management
A real struggle to break artists across the board with old formulas not working and fresh ideas struggling to really connect.

Jo Dipple, chief executive, UK Music
The lack of oversight on music policy between the DCMS, IPO, BEIS and other Departments allows a certain amount of ministerial scapegoating. British music is a beacon for this country yet government continues to lack bravery when it comes to making our markets fair. This applies to safe harbour legislation and the Digital Economy Bill but also to secondary ticketing and agent of change policies.

Chris Price, head of music, BBC Radio 1 and 1Xtra
We’ve all felt the struggle to break new UK artists this year in a slowing chart dominated by streaming and international superstars. The degree to which the two are connected obviously remains the subject of much debate, as do the solutions, but I’m confident that we will find them, and determined that Radio 1 and 1Xtra will continue to play a role – in partnership with the artist and label community.

Mark Meharry, CEO Music Glue
One of my contemporaries deciding to focus his energy on the deployment of a database technology (that will inevitably become yet another ‘technical folly’), creating a lot of noise within trade media and moving focus away from things that actually make a difference to artist community.

Jason Rackham, MD, [PIAS] UK
Too many losses this year.  To lose Sharon Jones, Prince and Bowie all in 2016 cast a shadow over the year.

Martin Goldschmidt, chairman, Cooking Vinyl
Failure to work out a win win deal with Youtube and properly monetise the biggest method of music consumption on the planet.

Iain Watt, founder, Machine Management
The ability for the industry to dismiss lessons of the past in the rush to embrace streaming.  We need multiple healthy streaming partners and should not think that the current landscape will not be disrupted by corporate change or technological advancement.

Andy Varley, president, Insanity Records
Brexit. I fear it is going to majorly affect an artist’s ability to tour and promote their records, which is potentially disastrous.  We have been so used to sending artists on a plane the minute they start to see some heat in a European market, but post Brexit, I’m concerned this is going to become far more challenging and time consuming.

Phil Savill, MD, Sony Music Commercial Group
The sad loss of so many musical talents seems to have overshadowed 2016. I don’t need to say anymore, you know who they are, you know how much we loved them and the music they made. We can still delight in the wonderful legacy they have left us, but we mourn the fact there is no more to come.

Mark Collen, EVP International Operations, SONY MUSIC UK
Clearly losing so many incredible legends that have shaped our culture and world –  Lemmy, David Bowie, Prince, Leonard Cohen…. On a personal level for me, also the passing of David Enthoven - with whom I’d enjoyed a wonderful relationship with for more than 20 years and spent a happy week travelling around Europe talking up the new Robbie Williams record just weeks before his death – was another bitter loss.

Ferdy Unger-Hamilton, president, Columbia Records UK
The untimely death of Prince and the sad passing of David Bowie and Leonard Cohen of course.

Paul Williams, president, ASCAP
We lost true musical giants - some of the most iconic, prolific, exceptional songwriters the world has ever seen David Bowie, Prince, Leonard Cohen, Maurice White, Glenn Frey, Merle Haggard, and on a personal level, my brother, songwriter Mentor Williams. We¹re fortunate that they gave us so much for which to remember them. It¹s sad to see them go but their music lives on.

Cary Sherman, chairman & CEO, RIAA
I'd say all the iconic musicians we lost this year. From Leonard Cohen to Prince to George Martin to Milt Okun to David Bowie to Glenn Frey to Leon Russell and so many others, we lost so many voices that helped shape our culture and us, the fans, as people. It's tough every year, but I feel like this year, perhaps even more so.

Daniel Glass, founder and CEO, Glassnotes
The worst thing was the sad passing of so many talented artists and musicians. A distant second would be exclusives.

James Donio, president, Music Business Association (Music Biz)
The sheer number of era-defining artists, producers, music executives, and more who passed away this year. We are mourning the loss of our former Board Treasurer John Trickett and Co-Founder Ed Snider. Our hearts also go out to David Bowie, Prince, Glenn Frey, Merle Haggard, Maurice White, Zia Records¹ Brian Faber, the TJ Martell Foundation¹s Tony Martell (who we honored at Music Biz 2016), and all those we lost.

Bill Colitre, VP and general counsel, Music Reports, Inc.
The vote of no confidence in globalization represented by Brexit and the victory of the Trump campaign, which will slow treaties like TPP and TTIP, hindering growth for the business.