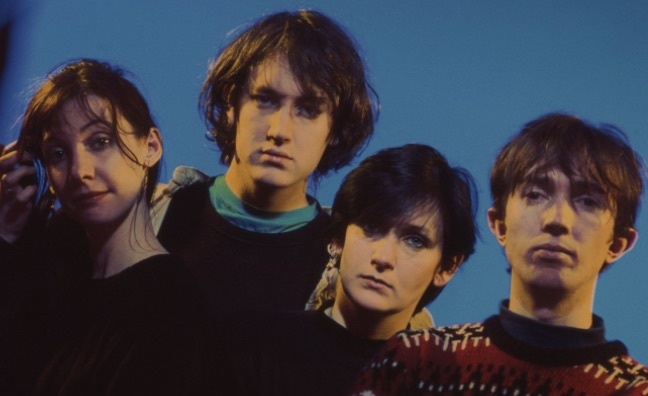 Domino has signed My Bloody Valentine, making the band's catalogue available digitally for the first time.

The group led by Kevin Shields have been absent from streaming services prior to the deal.

Additionally, Domino have announced plans to reissue My Bloody Valentine's records – Isn’t Anything, Loveless, EPs 1988-1991 And Rare Tracks and M B V – physically.

Isn’t Anything and Loveless have been mastered fully from analog for deluxe editions of the album, while standard editions make use of new hi-res uncompressed digital sources.

Fully analogue cuts of M B V will also be available on both deluxe and standard LPs for the first time.

Renowned for their sonic perfectionism, many of My Bloody Valentine's albums had slow gestations.

The stories surrounding the recording of Loveless and attempts by Creation, the band's then label, to extract a finished album from Shields have become legendary and featured promiently in the recent biopic of Alan McGee.