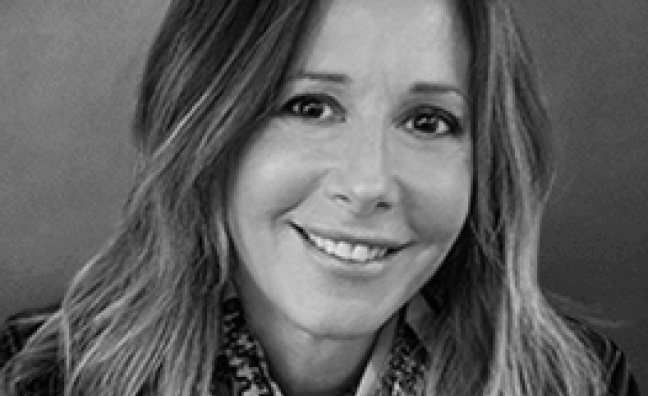 MUSEXPO 2016 has closed with its International Music Industry Awards in Los Angeles. Universal Music Publishing Group chairman/CEO, Jody Gerson, won the top prize, being voted Executive Of The Year, while UK executives and companies also featured amongst the winners. BMG SVP and Infectious Records founder Korda Marshall picked up A&R Executive Of The Year. In his acceptance speech, he thanked Music Week Awards-nominated artist manager Stephen Taverner of East City Management and dance producer/DJ Paul Oakenfold, both there as his guests. Marshall also said Sat Bisla, president and founder of MUSEXPO organizer A&R Worldwide, was the man responsible for him still being in the music business, after he discovered The Temper Trap at MUSEXPO Europe in 2008. Music Week will partner with A&R Worldwide to bring MUSEXPO Europe back to London on September 18-20 this year. The UK’s PRS For Music also picked up an award for Performing Rights Organisation Of The Year.

Adele is Britain’s richest ever female artist, according to The Sunday Times Rich List. Of the Top 50 music millionaires in the UK and Ireland, the XL-signed singer ranks at No.30 (up from No.43 last year), with an £85 million fortune. Looking at just women, only Irish artist Enya has a bigger fortune - £91m. Still only 27, Adele is also top of the Young Music Rich List (for those aged 30 and under) for the fifth consecutive year. She made her debut on the under-30s list in 2011, at No.9, but by the following year had secured the top spot. Only three solo women make it onto the 2016 list, with Kylie Minogue rounding out the trio. Sir Paul McCartney and Nancy Shevell top the 2016 list, with a fortune of £760, ahead of Lord Lloyd-Webber at No.2, on £715m. Ian Coxon, who has edited the Sunday Times Rich List for two decades, said: "Adele is only 27 so I would see her getting in the main list of the richest 1,000 in a couple of years - she is only £15 to £20m away now.” With combined fortunes of £630m, (up £40m on 2015), The Rolling Stones were ranked the wealthiest band, ahead of U2 who have a joint fortune of £500m. (BBC)

The MUSEXPO conference wrapped up with a day focused on the world of synchronisation. An expert cast assembled across multiple panels to look at the issues affecting music in films, TV shows, trailers, video games and advertising – and how to get your music placed on those platforms. The day began with a music supervision panel, hosted by Music Week’s US editor, Emmanuel Legrand. There, executives discussed the potential for a well-placed sync to break an act – although they warned that was not their primary focus. “Our job is to get the right music for the show,” said Go! Music Services president Gary Calamar. “I don’t pick a song because I think it will get retweeted or get 10,000 Spotify looks.” On the following games, trailers and movies panel, Richard Glasser – executive in charge of music film/TV at the Weinstein Co – warned the audience of making sure that rights are effectively cleared. "It is very important to clear the process," he said. "You don't want to use a track and suddenly two songwriters come out of the woods." Mary Ramos, music supervisor at Saturday Music, who works extensively with Quentin Tarantino, said that while with some projects, music starts at a pre-production stage, most of the time, music comes late in the process. "Usually, I am the last person involved on a project, and then I tend to be the last one to leave," she said. On the brands panel, Dan Burt, music supervisor and producer with ad agency JWT noted that: "A lot of brands are cautious. The fewer parties are involved, the more likely your music will be used. If there is a song with 10 publishers, we may not use it." Another message from music supervisors was to be patient and mindful of the people you want to send material to. Daniel Kuypers, director of music at ad agency Energy BBDO said he receives 300-500 songs a week and tries to find two hours a day to listen to music. "There is great music coming out from all around the world so it's worth listening to it. I would not give a good service to my clients if I didn't," he said. Meanwhile, Mike Knobloch, president, film music and publishing at Universal Pictures, gave a keynote on how music and songs are picked for major feature films. He explained that, often, song commissioning is a trial and error process. For the movie Despicable Me 2, there was a happy scene and Pharrell Williams offered up to 10 different songs before he produced a demo of what would become Happy. Knobloch said: "We got to the part of process when I had to call him and said, We are out of time and either you can come with something or we have to look for other options, like licensing an already existing song. Pharrell would tell you that he had to dig deep and focus. He went into the studio and came back with a demo of Happy and for the first time we thought, This could work." The rest, as they say, is happy history. MUSEXPO was due to conclude Thursday morning UK time with the International Music Industry Awards. Music Week and A&R Worldwide will present MUSEXPO Europe in London in September.

After almost 10 years at the heart of Northern Ireland’s music scene, chief executive of Belfast’s Oh Yeah music centre Stuart Bailie has decided to step down. The Oh Yeah music centre is a former bonded whiskey warehouse in the heart of the Cathedral Quarter in Belfast's cultural district. Run over three floors, it houses a 300-capacity performance space, two rehearsal rooms, a café, a privately-run recording studio and an exhibition space. It also houses a number of music businesses including Third Bar Artist Development and Champion Sound Management, home to award-winning artists Ciaran Lavery and Ryan Vail. Bailie will continue to support the Oh Yeah Staff and Board on special projects such as Sound of Belfast and the NI Music Prize in the autumn.  Prior to founding the centre alongside Snow Patrol’s Gary Lightbody and other local music visionaries, Bailie was the assistant editor of the NME for three of his 12 years at the renowned publication. He leaves on a high at a time when Oh Yeah’s flagship talent development programmes - Volume Control and Scratch My Progress – go from strength to strength supporting emerging Northern Irish talent. A four-year funding commitment from Belfast City Council, two more years of support from the Esmée Fairbairn Foundation, plus core support from the Arts Council of Northern Ireland has been secured for further outreach, while PRS For Music Foundation has just recognised Oh Yeah as one of its 22 Talent Development Partners across the UK, the only Northern Irish partner in its scheme. The nationwide search for a new chief executive has been launched, with the charity seeking to recruit a dynamic person who wants to make a substantial contribution to the future of music in Belfast. Anyone interested in finding out more about Oh Yeah or how to apply for the chief executive role should email recruitment@ohyeahbelfast.com. The deadline for applications is Friday, May 13 at noon.

Beyoncé has named three charities as global partners for The Formation World Tour. The alignment with the three organisations is designed to show fans how easy it is to give back, be involved in their communities, to be kind and at the core—to BeyGOOD. United Way will have a presence on every tour stop, starting on the North American leg of the tour, which kicks off on Wednesday, April 27 at Marlins Park in Miami, Florida. Chime For Change and Global Citizen will have their online activation programme for fans in select tour markets, including Houston, Los Angeles, New York, Detroit and London. In addition, there are three signature charity events in three cities: Houston, TX, Compton, CA and Detroit, Michigan. BeyGOOD was launched in 2013 during the Mrs. Carter World Tour as the charity umbrella for Beyoncé's global charity initiatives. CrowdRise is in partnership with United Way to support the Flint Water Crisis, where fans can make a small donation and qualify for an opportunity to win VIP tickets. United Way will support issues specific to each local tour market. By signing up to become a Global Citizen along with Chime For Change, fans will have a chance to win tickets and upgrades at select tour dates. United Way Worldwide has aligned with Beyoncé's BeyGOOD initiative to inspire everyone through The Formation World Tour to get involved in building stronger communities. Beyoncé has played a pivotal role as a co-founder of Gucci's Chime For Change campaign. Chime For Change, Global Citizen and BeyGOOD have joined forces to create a movement of Global Citizens who will pledge to #StandInFormation against poverty, injustice and gender inequality.  Fans in Houston, Los Angeles, New York, Detroit and London who sign up will be entered to win VIP tickets in their respective cities. In 2015, Chime For Change joined Global Citizen in a multi-year partnership to support programmes that effect change for girls and women around the world. Fans in Houston, Compton and Detroit will be able to attend special signature events and witness the power of giving for themselves. In Houston the event will be in support of Rudy Rasmus and his passionate work with Bread of Life to combat hunger in the city, and his partnership with the City of Houston on the initiative called TurnAround Houston to create jobs.  In Compton the event with benefit Urban Education Institute and its work with youth through music and the arts. In Detroit, this event will serve as a celebration of the resourcefulness of the people of Flint and Detroit, Michigan.

The Cannes Lions International Festival of Creativity has announced a host of influential execs and artists who will take part at the newly launched Lions Entertainment in Cannes this June. Official music partner Shazam will be on stage to talk about the creative role of music agencies as well as the increasing demand for music data tools to measure the success of an artist, while YouTube’s VP of content partnerships, Kelly Merryman, will argue that despite concerns about technology undermining artistic quality, the new media revolution is actually fuelling a creative boom. Together with Jingle Punks’ Jared Gutstadt, Grammy-winning super producer Timbaland will reveal how they are turning the music and advertising industry on their heads. Other names include Vivendi’s recently appointed CMO, Lucien Boyer, Sony’s vice president of strategy, Fred Bolza and one of the most successful electronic musicians in history, Steve Angello (formerly of Swedish House Mafia). Saavn, the leading Indian music streaming platform, has also just been confirmed, as has Gilles Peterson, the international club DJ, curator and music producer. Elsewhere at the Festival, Spotify and Pandora will be presenting a number of Breakthrough Music Talent Showcases, which will spotlight a range of genres and put the best of the world’s emerging artists on stage. All delegates attending Lions Entertainment have access to the full two days of content and networking events, as well as the official Awards Ceremony and After Party. The Festival takes place from 23-24 June.