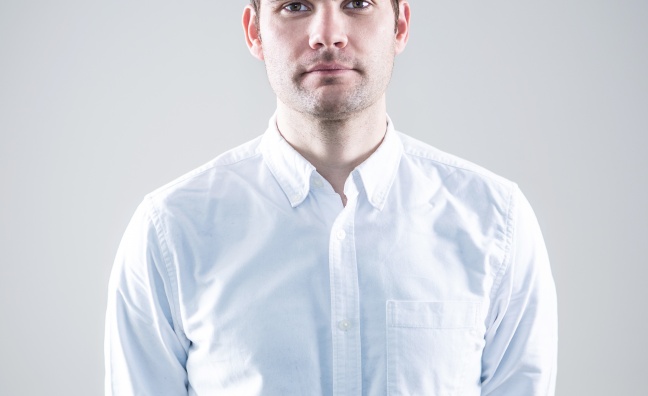 Warner Music UK is further strengthening its leadership team with the appointment of Phil Christie to the position of president, Warner Bros. Records UK. He'll be reporting to Max Lousada, chairman and CEO, Warner Music UK.

Christie (pictured) is promoted from Warner Bros. Records UK head of A&R, a role he has held since 2014. In his new position he will be responsible for the creative and strategic direction of the label, whose roster boasts an array of global superstar acts and influential artists such as Muse, Enya, Prince, Linkin Park, Michael Bublé, Jason Derulo, Green Day, Biffy Clyro, Foals and Royal Blood.

This move marks the first time the Warner Bros. Records UK label will have standalone leadership since 2008, as well as allowing Miles Leonard, who has occupied the dual role of chairman for both Parlophone and Warner Bros. Records UK for almost three years, to focus on the continued resurgence of Parlophone, which is currently enjoying one of its biggest records in recent years, with Coldplay's A Head Full Of Dreams revealed by IFPI to be among the world's Top 10 best-selling albums of 2015. Under Leonard’s leadership, Warner Bros. Records UK has also seen a series of hit releases from artists including Muse, Foals, Enya and Royal Blood - who Leonard signed to the label - as well as this year’s biggest single to date, Lukas Graham’s 7 Years.

Christie assumes responsibility for Warner Bros. Records UK in July and will work closely with Leonard in the interim to ensure a smooth transition. Leonard will continue to report to Lousada as chairman, Parlophone Records.

Max Lousada said: "It has always been our goal to build a family of distinctive, independently-minded frontline labels with their own unique cultures and creative identities, so I'm delighted that Warner Bros. and Parlophone will each return to having sole leadership.

"Miles has done a tremendous job of rejuvenating Warner Bros. Records UK, reaffirming its reputation as a destination for aspiring stars. Not only has his support for new talent helped some brilliant new UK artists to flourish on the label, by spotting Phil's potential and bringing him in, Miles has been instrumental in setting the direction for the future of Warner Bros. Records here in the UK. It takes real skill to deliver strong results today at the same time as transforming for tomorrow so I’d like to express my sincere thanks to Miles and I look forward to all that he'll achieve as he directs that vision fully behind Parlophone.

"Phil is a really inspiring executive who, throughout his career, has signed some of the UK's most original acts and who has the energy, ideas and instincts to write the next chapter in the Warner Bros. Records story. By combining a fresh perspective with a deep respect for real artistry, he embodies the dynamic new era we're shaping for one of music's truly legendary labels while remaining true to the values and the spirit that has seen it produce so many groundbreaking acts. I want to congratulate Phil and wish him and the whole Warner Bros. Records team every success."

Christie added: “It’s an honour to lead this iconic label and its incredible roster into a new era. The Warner Bros. team is extremely impressive and together I believe we can continue to redefine the label as a place where world-class artists come to make their mark. I would like to thank Max for this fantastic opportunity and Miles for his leadership and guidance over the last two years.”

Miles Leonard commented: “The transition of Warner Bros. Records has been a great experience and I thank the whole team for their unfaltering support over the last three years. I’m pleased Warner Bros. is now in a great place and with Phil they’ll continue to push the label forward.”

“It’s hugely exciting to be back 100% with my amazing team at Parlophone, who have continued to have enormous success and shown that the label is always at the forefront of cutting edge new music. Parlophone, including FFRR which has been very successful in the last couple of years since its transition to the label, has one of the most envied rosters in the business and a legacy second to none. We have unwavering determination and drive to discover and break new artists as well as nurturing our future executive talent."

The announcement comes as Warner Music UK became the only major label to see increases in its share of singles, artist albums and all albums year on year for Q1, and that it now ranks second in artist albums, according to Official Charts Company data.