'Pink's the Foo Fighters of pop': RCA's Neil Hughes on her huge comeback 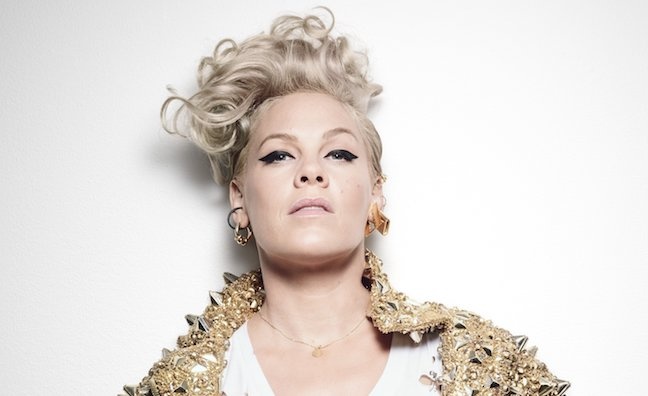 Pink’s set to surge past 50,000 album sales for her Beautiful Trauma album later today (October 18) when the midweek chart is revealed following an impressive start this week. It marks a successful comeback for the US singer, whose last album The Truth About Love was released in 2012.

“Someone described Pink to me as the Foo Fighters of pop,” he said. “I still use that description because she’s an artist that just seems to stay relevant every time, she works across so many different age groups and picks up new fans with each record.”

As well as a big first week album sale, Hughes said he’s expecting it to perform strongly in the gifting season with the label targeting a Top 10 album at Christmas - and retail seems to agree.

“Our marketing spend will match the ambition we have for the record,” he said. "[Physical sales] are traditionally where she’s always had huge success. We have picked up a streaming audience as well, but I definitely think the physical and download market will be very strong for her.”

While Pink has not been in the market for her album release – she launched her single What About Us in the UK this summer with a headline slot at the V Festival – Hughes said the plan was always for her to return at a key point in Q4.

“She’s due in that first week of December, which is traditionally where the massive sales lift starts,” he said. “She will be on two major TV [shows] at least in early December.”

To maintain the album’s momentum, there are also discussions for a 2018 tour.

“That’s always been a big factor in her success because she puts on such a show,” said Hughes. “The UK tour last time around was incredibly successful and impactful to sales as well.”

Hughes also praised the singer's “genuine and funny” presence on social media as a key part of the campaign.

“That is what Pink does and how she comes across on her socials,” he said. “I think that really helps sustain the audience and not just make people feel there’s a sales pitch coming every time there’s a new project.”