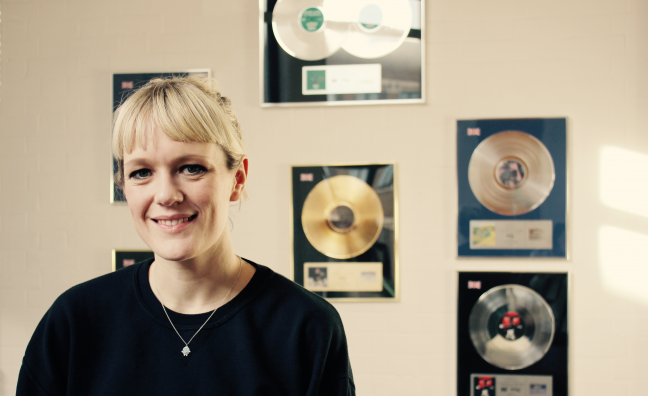 New PIAS chief creative officer Jane Third is to launch her own imprint under the indie group’s umbrella.

The new imprint is called Research and Third will run it alongside her core duties at PIAS. She joined PIAS last year from Because Music, where she was SVP and steered the UK company to huge success with the likes of Metronomy, Major Lazer and Christine And The Queens.

Third’s first signing will be MT Hadley who she describes as “an amazing singer-singwriter with a passion for ‘80s music and jazz”.

“Frank Ocean’s a big fan of his,” she told Music Week. “He self-released a track called Janet and it was played over and over on Frank’s Beats 1 show. Off the back of that he’s been collaborating with lots of incredible artists. He’s one of these amazing solo artists that is working with people all over the globe. He’s a real 2018 artist so I’m super-excited about that.”

Third – inducted onto Music Week’s Women In Music Roll Of Honour in 2016, and the 2018 winner of the MPG Awards’ A&R Award – joked that Research got its name because “the first 200 names that you come up with are all taken by a trance label in Birmingham that has released one record”. “It’s really difficult to find a label name,” she added. Prior to joining Because, she ran her own indie label Alt Delete, winning acclaim for its legendary New Rave compilation Digital Penetration.

PIAS is up for Label/Artist Services Company and Sales Team at the 2018 Music Week Awards, while the Play It Again Sam label is shortlisted for Independent Record Company.

In the new print edition of Music Week, Third gives us an exclusive insight into her vision for PIAS. See this week’s magazine for the full interview. To subscribe to Music Week and never miss a vital music biz story, click here.