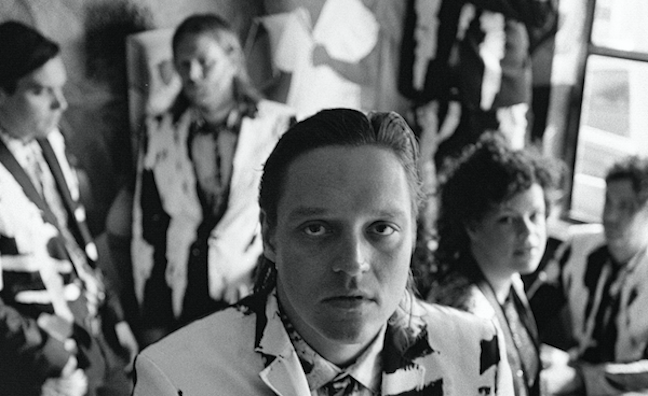 Arcade Fire have signed to Columbia Records for the UK and US.

The two-album deal, first reported by Variety, ends the band’s lengthy association with Universal, which released the Canadian group’s most recent album, Reflektor, a UK No.1, in 2013, via Virgin EMI in the UK. The album has sold 156,414 copies to date, according to the Official Charts Company.

The band dropped its disco-influenced new single, Everything Now, on June 1, having initially released it on vinyl at Primavera Festival. The Everything Now video has already had over 1.24 million views on YouTube, with the album of the same name due to be released on July 28.

The band will play London’s York Hall on July 4 and 5, a significant underplay given their festival-headlining status. They top the bill at Isle Of Wight festival on June 9.

A Sony Music spokesman told Music Week: “We can confirm that Arcade Fire’s new album will be released on Columbia Records, both in the UK and US.”

Columbia won the 2017 Music Week Awards A&R Award and is on a roll following the breakout success of Rag’N’Bone Man and Harry Styles. A Sony source also confirmed that the Arcade Fire back catalogue will now also be handled by Sony.