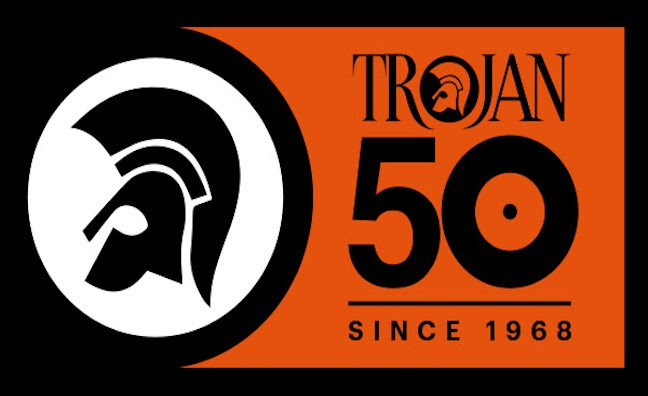 Trojan Records has unveiled plans for its 50th anniversary. The renowned reggae label will be marking its contribution to British musical culture over five decades.

Trojan Records, which is owned by BMG, is launching a year-long celebration taking in live events, catalogue releases, a documentary and a coffee table book.

A 50th anniversary box set will be released on July 27, alongside The Story Of Trojan Records, a joint venture between BMG Books and Eye Books. The book contains hundreds of photographs, record sleeves, labels and archive material, most of which has remained unseen for decades.

BMG and Pulse Films has wrapped production on the new documentary, Rudeboy: The Story of Trojan Records.

Trojan will have a live presence at festivals this summer. It is also readying Trojan Reloaded, a frontline label imprint set to release new music from the Trojan stable for the first time in over 25 years.

Trojan Records’ Laurence Cane-Honeysett said: “Trojan’s place in the development of mainstream popular culture should never be underestimated. Often hailed as the Motown or Blue Note of reggae, the company introduced the sound of Jamaica to a global audience and by so doing was instrumental in forever changing the sound of popular music. A success story that is both British and Jamaican, its importance is reflected in the fact that after 50 years in business, Trojan continues to attract music fans the world over.”

Filmmaker and DJ Don Letts said: “This is the label that scored a shed load of chart hits and provided a soundtrack that united the youth, black and white on the dancefloor – I know, I was one of them. Recognised by any fan of Jamaican music as a mark of quality Trojan holds a special place in the hearts, minds and feet of the people and will do for generations to come.”