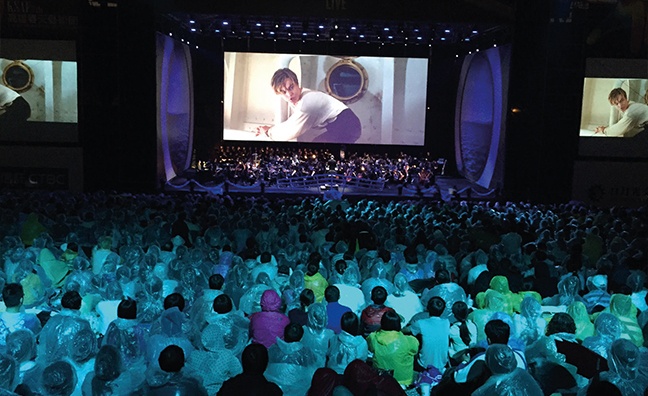 Sci-fi classic The Terminator is one of the next Hollywood blockbusters in line for the live score treatment thanks to Avex Classics International (ACI).

ACI has previously produced screenings, complete with live orchestras, of films including Titanic and Aliens, which premiered in the UK at London's Royal Albert Hall.

Both movies were directed by James Cameron and ACI, a division of Japanese entertainment giant Avex, will continue its relationship with the Oscar-winner by giving a new lease of life to his 1984 flick The Terminator, starring Arnold Schwarzenegger and Linda Hamilton.

“We have acquired the rights and are going to be building that show this year for roll-out in 2019,” confirmed ACI's head of Europe and the Americas Maggie O’Herlihy, founder of the firm's London office.

The production will feature an innovative twist to the established orchestral format.

“The Terminator is quite a different proposition for us because it’s very much a synth-based score, rather than an orchestra," explained O'Herlihy. "We’re going to use three synth players and two taiko drummers, and it will be visually spectacular to see it performed.

“It’s a much smaller production but that should allow us to utilise different types of spaces. When we announce the tour in 2019 it won’t necessarily be the glamorous concert halls that we typically go to, it will probably be a bit more edgy and urban to match the aesthetic of the film. I’d like to target more 1,000-seater capacity venues.”

Subscribers can click here for the full interview with O'Herlihy.