'Britney has helped us capture the imagination': Cuffe & Taylor on Scarborough's sizzling summer 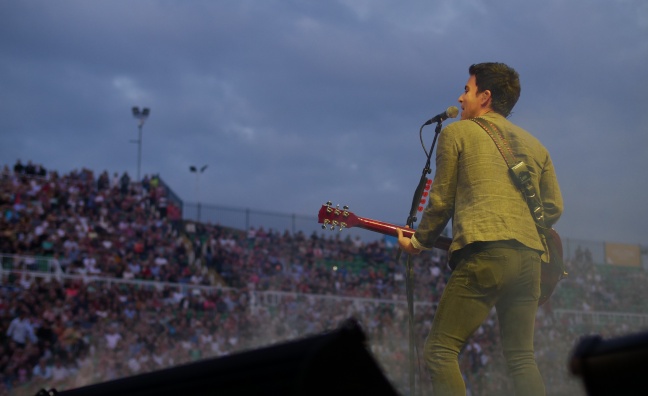 Cuffe & Taylor director Peter Taylor has revealed how the company has helped turn the seaside town of Scarborough into a live music hotbed.

Live Nation-owned Cuffe & Taylor has operated the council-owned venue since 2016.

"We hired the venue for a Tom Jones concert in 2014 and got talking to the council,” said Taylor, speaking in the latest issue of Music Week. “They said, ‘We love the theatre but we would like someone to come in and take it over,’ so that’s how the conversation started.

“The venue was doing OK, but the council could only take a limited amount of risk and it was a case of needing to speculate to accumulate. The perception was that it was a small town and there was a limit to what it could get, but we’ve tried to raise expectations and the ability to secure international acts."

The promoters were able to up the theatre’s capacity from 6,500 to 8,100 by installing a standing area in front of the stage.

“That has allowed us to sell more tickets and reduce our ongoing costs, so we can be more competitive when looking for artists," explained Taylor. “This year has been an incredible success. Certainly, Britney has helped us capture the imagination, but I don’t think enough credit has been given to all the other wonderful acts we’ve had this year."

The promoters have a licence to run up to 20 events at the Open Air Theatre per annum and expects to make its first announcements for 2019 in November.

Subscribers can access the full interview with Taylor here.