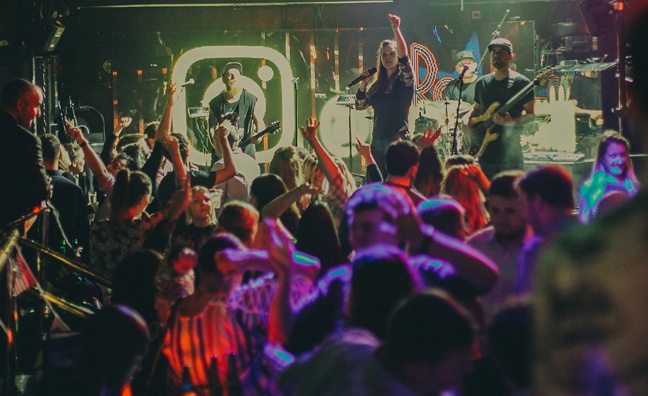 The Roadhouse in Covent Garden faces a threat to its future after its landlord requested planning permission to develop part of the building.

Owned and run by Brian Stein of Maxwell’s Group, the venue has traded since 1992 in the basement of Jubilee Hall on The Piazza, hosting more than 7,500 acts such as Bill Wyman, Feeder, Womack And Womack, Boney M and Billie Piper.

Stein was in the process of renewing his lease, which expired in December 2016, with heads of terms agreed, when landlord Capital & Counties (Capco) changed its mind.

Capco has applied to Westminster Council to lower the floor of The Roadhouse premises, and Stein fears the developer is forcing him out to make way for a restaurant, without live music, by joining the venue with the adjacent site, a former Wagamama restaurant.

"I believe that Capital & Counties planning application for the premises is solely designed to remove Roadhouse as a tenant and from everything I have seen, they have no intention to implement any planning consent should it ever be granted by Westminster City Council in the terms of the application they have made," said Stein. "This would be in line with their overall strategy which has seen them gradually phase out independent retailers to make space for more upmarket brands and big chains.

“Over the past decade in London, viable and well-patronised venues have been targeted by greedy developers because the buildings and the land on which they sit is worth substantially more when put to an alternative use such as an upmarket large-scale restaurant. Now our landlord is using the planning system to force us out.”

More than 6,500 people have signed a petition to protect the venue, and figures such as London night czar Amy Lamé and former Rolling Stone Bill Wyman have voiced their support.

“London’s venues are vital to the capital and the Mayor recently published his draft London Plan, which contains measures aimed towards protecting the capital’s night-time economy and culture - including important venues," said Lamé. "I would urge the landlord and developer to honour The Roadhouse’s valuable contribution to London’s life at night so that it can thrive in the West End for years to come.”

Wyman added: "The Roadhouse has been one of London’s best loved live music venues for the past 25 years. There are few places left in Central London which champion up and coming live music, 7 nights a week. It’s venues like The Roadhouse which give musicians the opportunity to play in front of live audiences. I myself have enjoyed playing at The Roadhouse with my band The Rhythm Kings. To lose it would be a devastating loss for London’s live music scene.”

Capco Covent Garden has issued the following statement in response: "The lease relating to The Roadhouse nightclub has expired and we plan to redevelop the unit, significantly improving the space, including providing disabled access. We have been and remain in regular dialogue with The Roadhouse. We are currently going through the appropriate processes necessary to undertake redevelopment works.

“Capco Covent Garden is a responsible landlord and long term investor in the area. We are proud of our track record of stewardship of the neighbourhood, improving the experience for visitors, occupiers and residents. More than 100 new brands have been introduced and significant investment continues to be made in cleaning, security and environmental initiatives such as ongoing greening, air quality, and public realm improvements.”