Cardiff to protect live scene as it's designated a 'Music City' 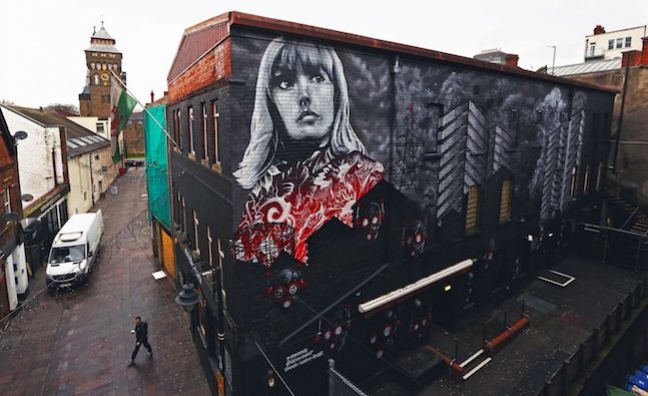 Music is to be made a part of Cardiff’s future when the Welsh capital is officially declared a ‘Music City’ on Thursday (December 14).

The city is working with global leaders of the Music Cities movement, Sound Diplomacy, on a new music strategy that will protect Cardiff’s music scene and boost its international profile.

Following their work in Barcelona, Berlin, San Francisco and London, Sound Diplomacy will partner with the whole music sector – including musicians, promoters and venues, planners, licensing authorities and educators – to determine the value of the music and its importance to Cardiff.

The aim is to develop policies that deliver a healthy music ecosystem, which then builds an international profile and increases the value of music in the city.

Music fans in Cardiff are invited to attend a celebratory evening on Womanby Street, home to Clwb Ifor Bach (pictured), from 6.45pm tonight, to hear speeches from local politicians and supporters of the Save Womanby Street campaign. Plans for flats - later withdrawn - had threatened the future of music venues in the street.

The launch will be followed by free gigs taking place in some of the venues on the street.

Council Leader, Cllr Huw Thomas, said: “We all know that Wales is a musical nation, and as the capital city, I believe Cardiff has a huge role to play in celebrating and promoting this. Music is an incredibly powerful force for good in our everyday lives, but more than this, it has the power to shape cities, particularly ones with the distinctive cultural offering that we have here in Cardiff.

“That’s why this announcement is such great news, not just for musicians and concert-goers, but for everyone who wants to see Cardiff develop its international profile, make the most of its potential and become a truly great world capital.”

Sound Diplomacy CEO Shain Shapiro said: "It's an honour and a responsibility to be working with Cardiff Council to add up, measure and assess the music infrastructure across the city. The council have shown through their efforts on Womanby Street and their increased engagement on music that to them, music is of economic, social and cultural benefit to the city. We take this incredibly seriously, and will work to develop a music policy that musicians, businesses and residents can benefit from and be proud of.”

Cllr Thomas added: “Wales has long been known as a land of song, so it is only right that music is placed at the heart of its capital city. Cardiff has an incredibly rich musical heritage and you only have to visit the city during Swn Festival, spend a night out on Womanby Street, or at St David’s Hall in the company of the BBC National Orchestra of Wales, to know that it also has an exciting musical future.”