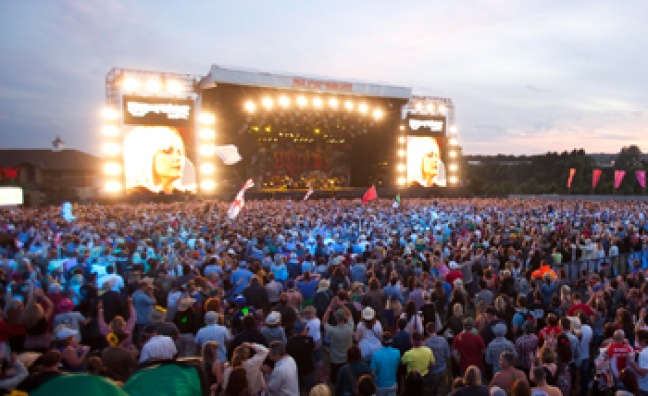 The Competition And Markets Authority (CMA) is investigating Live Nation's takeover of the Isle Of Wight Festival.

Live Nation announced last month that it had taken a majority stake in the festival as part of a new investment agreement via LN-Gaiety, with Live Nation to work alongside promoter John Giddings and his Solo Music Agency, who will continue to lead the festival. Giddings revived the legendary event in 2002.

But the CMA is now examining whether the deal would result in a "substantial lessening of competition". "The CMA is considering... whether it is or may be the case that a relevant merger situation has been created and whether the creation of that situation has resulted or may be expected to result in a substantial lessening of competition in any market or markets in the United Kingdom," stated the CMA's initial enforcement order.

David Guetta, Run DMC, Arcade Fire and Rod Stewart will headline this year's festival from June 8-11. The event will feature more than 100 acts playing across eight stages and an expected audience of 42,000.

Live Nation has the largest platform of festivals in the world, with more than 86 festivals in its global portfolio such as Download, Lollapalooza, Reading & Leeds, Way Out West, Rock Werchter, Splendour Festival Australia, Bonnaroo, Austin City Limits and Governor's Ball.

No timescale has been given for the investigation but the CMA has asked Live Nation and the festival to operate separately while it is ongoing.

The CMA investigated Live Nation's acquisition of festival and venue operator MAMA & Company in 2015, prior to clearing the deal in February 2016.