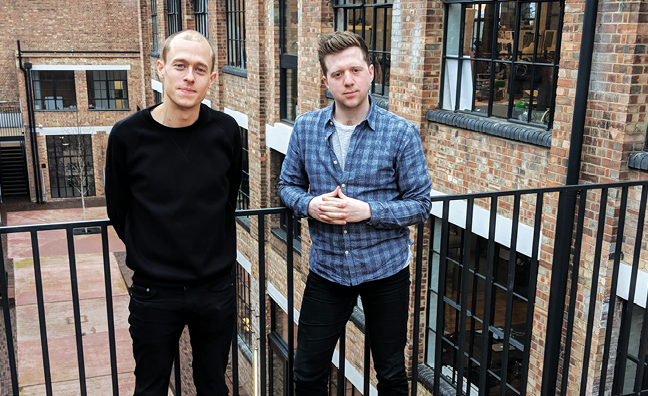 Former Coda agent Jason Edwards has vowed to make an “impact” in ticketing after leaving the agency world for a new position with music discovery app Dice.

Edwards, who worked with acts such as Years & Years, Grimes and Temples in nine years as a booking agent, has been appointed as the ticketing platform’s new head of music, succeeding Russ Tannen, who has been promoted to MD.

“This felt like the next logical step for me,” Edwards told Music Week. “I’ve been an agent for nine years and have always focused on working with people who were making some sort of impact - whether that was by doing something socially important and culturally different, or just exciting.

“I’ve worked closely with Phil [Hutcheon, Dice founder] and Russ on shows and have always been supportive of what Dice has been trying to accomplish.”

Edwards joined Coda in 2013 after three years with Brighton-based 13 Artists. His remit in his new role covers music curation, strategy and new business, as well as overseeing the implementation of Dice’s artists programme.

He is also responsible for developing new relationships with artists, working with managers, agents, labels and promoters on campaigns, and leading and managing the Dice music team.

“We’re really chuffed that Jason has decided to join Dice,” said Tannen. “It’s a really exciting time for us.”
Edwards revealed: “I had conversations with Russ about the position here and it seemed like a great opportunity to make a bigger impact across the whole live sector - to work with them on developing the product and the business to the point where it can make significant change.”

Dice was launched in 2014 as an “ethical” ticketing platform. Tickets are purchased within the Dice app and exist on the user’s smartphone. All tickets sold are sourced directly from artists, promoters and venues, with over 700 artists having sold their tickets on the platform, including Taylor Swift, Sam Smith, Years & Years, George Ezra, Skepta, Jack White and Justin Bieber.

“With my team, I will be mainly focused on building relationships with artists, management and labels,” added Edwards. “We want to make sure people are aware of the product, and that people who are trying to deal with secondary markets, for instance, are aware of the options available through Dice to tackle that.”