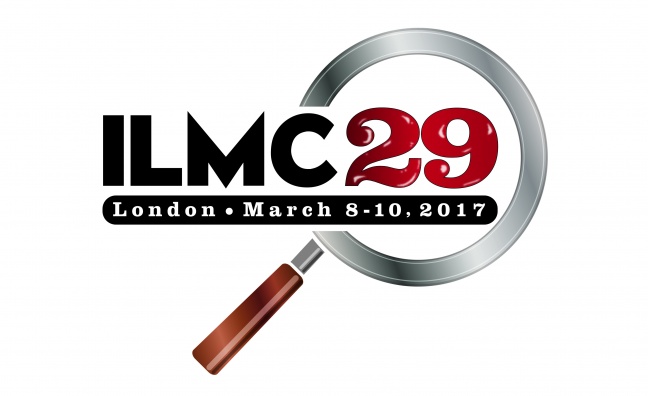 The International Live Music Conference (ILMC) saw more than 1,100 live music delegates from across the globe congregate at the Royal Garden Hotel in Kensington last week.

The 29th edition of the industry gathering switched to a midweek format, with other new elements including the Festival Summit 2017 and Venue Summit 2017. Here, we pick out five big talking points to come out of the event.

1. Desert Trip was a game-changer

It may have been dubbed “Oldchella” by critics, but Desert Trip’s organisers were the only ones laughing (all the way to the bank, probably) at the end of its groundbreaking 2016 debut. Promoted by AEG’s Goldenvoice division, Desert Trip featured six legendary acts - The Rolling Stones, Bob Dylan And His Band, Paul McCartney, Neil Young + Promise of the Real, Roger Waters and The Who - over two weekends in Indio, California, last October.

“It’s a different way of [packaging] artists that have been with us for years,” said AEG Presents (nee Live) UK co-CEO Steve Homer. “[Goldenvoice] picked two specific artists a night and that was it; there was no undercard, and the delivery on that was event was second to none. It was incredible.”

Homer said there was “no resistance at all” to the festival’s premium ticket model, adding: “I bet [the acts] probably had the best paydays they’ve ever had but the whole point about it was, it was buying into an event. You could see the Stones; you could see The Who; Neil Young; Bob Dylan plays everywhere all the time, so there was nothing unique about any of the individual acts - it was just a combination of those artists that actually made it an event."

Possibly emboldened by Rag’N’Bone Man and Stormzy’s stunning breakthroughs in the first three months of 2017, Biffy Clyro co-manager Paul Craig offered an alternative theory for 2016’s lack of success in that department.

“In 2016, the UK music industry was bemoaning a lack of breaking artists and maybe the harsh reality of it was that maybe the artists weren’t very good,” said Nostromo Management’s Craig. “Some things haven’t changed – great artists, great song, it’s great to see it still connects.”

3. Artists are burning brighter – and faster

“It’s an interesting challenge for all of us to make sure we’re maximising what artists can do at the right time because there’s probably a faster burn for them,” said Emma Banks, co-head of CAA’s London office. “If someone’s 18-19-20 years old, and can play an arena at that point based on demand, you have to wonder where they go so that they still have a career when they’re 40.

“The old idea that you would never headline a festival on your first album, or probably even your second, I think’s gone out the window.”

4. Dynamic pricing is on the way

Ticketmaster MD Andrew Parsons was one of several speakers to preach the benefits of dynamic ticket pricing. Parsons suggested the live biz was missing a trick by not pricing the house more effectively.

“Flex pricing, happens in many other markets all the time, it happens in West End theatre every day of the week,” he said. “Too often we do flex up and we don’t think how best we could actually take advantage of that additional value to try and be able to bring down the price at the back of the house. On many occasions the very back row in an arena is arguably being overpriced a lot of the time… whereas at the front, we’re underpricing it.”

5. U2 couldn’t afford to throw a sickie…

Former U2 manager Paul McGuinness supervised the highest-grossing tour of all-time in the band’s 360° trek of 2009-11, but the tour took the idea of speculating to accumulate to a whole new level.

“It was extraordinarily expensive,” he told raconteur Ed Bicknell in ILMC's traditional Breakfast Meeting. “We were $30-40 million into pre-production before the tour started. That tour grossed three quarters of a billion – 110 shows - the net of course was rather less.”

He continued: “There were 200 trucks. There were 400 people travelling – but 200 of them were drivers. It was great fun in a way but it was a bit of strain waking up each day thinking, Oh god, even though we’re not playing today, we’re spending $300,000.”