Franz Ferdinand and Peace among headliners for NME Awards Shows 2018 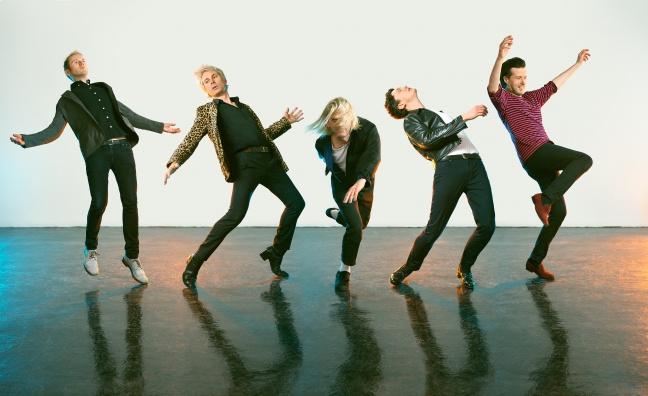 Franz Ferdinand, Peace, The Sherlocks and A2 are among the headliners for the VO5 NME Awards Shows 2018.

Pretty Vicious, She Drew The Gun, Superfood, Public Access TV, Park Hotel and Yonaka will also headline as part of the series, which runs at venues across London from January 24 to March 1.

The NME Awards will take place on February 14 at O2 Academy Brixton. Liam Gallagher was announced last week as the recipient of NME's Godlike Genius Award for 2018. He will close the ceremony with a career-spanning set.

In addition, the VO5 NME Awards Road Trip will visit clubs across the UK, welcoming a host of leading music acts and radio personalities for a series of one-off DJ sets in partnership with indie club night Propaganda.

Launching on January 18 and spanning the three weeks leading up to the VO5 NME Awards 2018, the line-up will feature the likes of The Vaccines, Idles, The Amazons and Bastille, with more sets to be announced.

NME editor-in-chief Mike Williams said: "This year’s line-up of London shows is the best in recent memory, showcasing everything from exciting underground talent like rapper A2 to legendary indie heroes Franz Ferdinand. But we haven’t stopped there, and 2018 sees the launch of a brand new nationwide tour, the VO5 NME Awards Road Trip, where tons of our favourite bands and artists are coming to DJ and throw a party in a town near you courtesy of our friends at Propaganda. Dance floors of the UK, you have been warned.”

Full line-up for the 'VO5 NME Awards Road Trip' is: