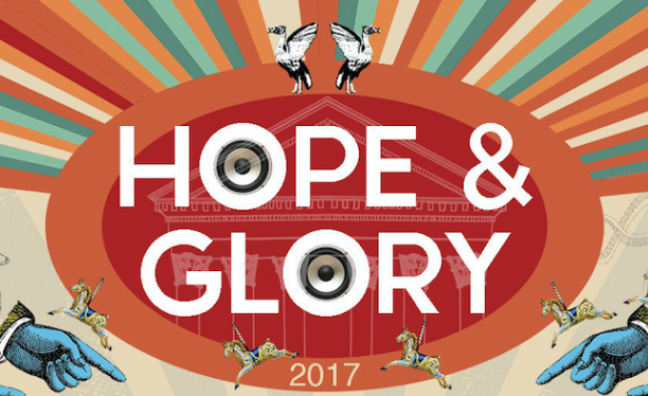 Organisers of the Hope & Glory festival in Liverpool have issued a lengthy statement of apology following the cancellation of the event over the weekend.

Music fans took to social media to highlight chaotic scenes at the first day of the boutique festival in St George’s Quarter. Hope & Glory was then cancelled the following day (Sunday, 6 August).

On the opening Saturday, festival-goers complained of delays, lengthy queues and overcrowding. As a result of the problems on the site, Charlotte Church’s set was cancelled and other acts were delayed. The BBC reported that police were called in to help after long waits and poor access to toilets and food and drink facilities.

James frontman Tim Booth posted on Twitter after the band’s belated performance suffered technical problems. “Sorry everyone was messed around so badly,” he wrote. “Hope you managed to find some pleasure amongst the chaos.”

The cancellation of the festival prompted a social media storm due to the bizarre responses of the official Hope & Glory Twitter account. As well as antagonising angry ticket holders on social media, the person managing the Twitter account started an argument with Booth, advising the James frontman: “Oh sit down Tim. Go back to your yoga.”

In a more measured statement today organisers apologised for the problems, which they blamed on the production management of the festival.

“Hope & Glory Festival wish to once again apologise to all our customers and acts and others involved. We are desperately saddened that what was to be a superb and exciting festival ended in cancellation. We did so because the Health & Safety of all of our customers takes precedence over anything else and we felt that given the issues of the Saturday, these could not be assured.”

The line-up for the second day was supposed to include Reverend & The Makers, Tom Chaplin and the Lightning Seeds, who managed to put on a last-minute show at the Zanzibar venue later that evening for festival ticket holders.

Fans who had arrived for the festival on Sunday were handed a statement by Liverpool City Council, which confirmed organisers had cancelled the second day of Hope & Glory.

Mayor of Liverpool Joe Anderson later commented: “There will be an urgent inquiry into what went disastrously wrong here. When that has concluded LCC will make a response.”

A Liverpool City Council spokesperson said: “What materialised over the weekend was completely unexpected and highly unusual.

“The event organiser has 25 years’ experience in the live music industry and has managed events featuring some of the biggest stars in the world, most recently Tom Jones in Wales.

“The plans for this festival were robust and were independently assessed and approved. All efforts will now be made to understand what lessons can be learnt.

“We’d like to thank all those Liverpool venues who stepped into host the acts that had been booked and questions will be asked of the organiser to ensure the festival goers get their refunds.”

Organisers promised to conduct their own review of the festival operation, though denied that the festival exceeded its 12,500 capacity.

“We are desperately saddened that what was to be a superb and exciting festival ended in cancellation,” concluded the official statement. “We did so because the Health & Safety of all of our customers takes precedence over anything else and we felt that given the issues of the Saturday, these could not be assured.”

The festival was staged by promoter Lee O’Hanlon of events company Tiny Cow.