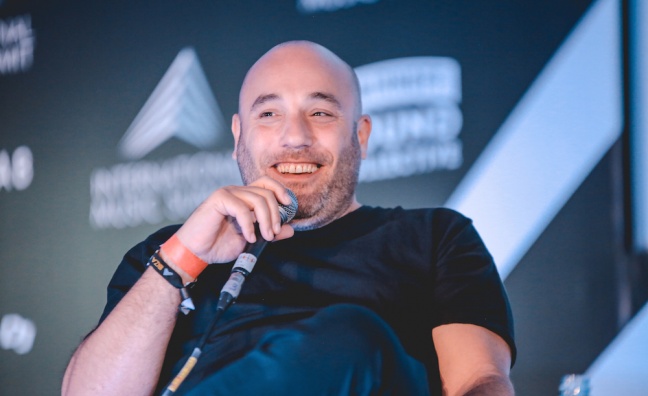 The future of clubland was the overriding concern for panellists on the third and final conference day of the International Music Summit (IMS) in Ibiza.

The subject was tackled head-on in The 10th Annual Ibiza Debate, as the island welcomes new club Hï Ibiza, which opened on Sunday on the site formerly occupied by the legendary Space.

"At times, I think there is an overflux of new artists or new parties in the same genre of music," said DJ Seth Troxler, an Ibiza regular. "There's not enough people to go around for all these incredible events. Booking artists that you want to book is quite hard because everyone's tied down."

He continued: "Our ambition is taking out the working class of Ibiza. That's something that at some point we have to address. Every club we go to, it's €65-70 to get into. How long is that sustainable in keeping our underground culture?

"Now, we are also losing who we really were - which was that cool, clubbing class of young people who came here to celebrate life and to experience underground quality music. I think the great question for everyone on this panel to consider is, with our ambition, how is that changing the island and how is that affecting the people who are on this island?"

Johannes Goller, head of Cocoon Ibiza, said: "You make your money with the VIP maybe more than before, but balance is the key. You need €100 to have fun. Ibiza has such a range of clubs where everybody can find what they want to hear music-wise and experience-wise."

Dave Browning, director of Game Over Ibiza, said he was "born on the dance floor" and vowed to remain true to the island's roots. "Ibiza's changing dramatically," he said. "There's a market for VIPs, but we throw warehouse parties and we want people to come in there with sweat. We will work with VIPs of course, but we're certainly not giving the club to VIPs. That club's for dancers - you come there, you come to sweat."

It was also announced during the session that the Space brand will live on via three Space In The Park events to be held at Benimussa Park this summer.

The spectre of drugs loomed over the Clubland In Crisis? debate. Alice Favre of London Weekend Events (LWE) said the authorities in London had been reluctant to follow other cities' leads in allowing drugs testing at venues.

"I'd really like to be at the forefront of pushing that forward," she said. "But it's knowing whether you can do that without saying, Hey, yeah there's people that do drugs in our events. I mean, everybody knows that there is, but it's something that you're not allowed to say publicly."

New York-based Eddie Dean, CEO of RPM Presents, said the US was "stuck in the dark ages" regarding the issue. "If the world 'drug' comes up in a meeting, everybody just ducks. It's crazy," he said.

"We have to be extraordinarily proactive in New York. If there's a drug transaction in a nightclub then they'll arrest the club owner. So we're a long, long way from having any of those discussions."

Favre went on to talk about LWE's day raves at Printworks and Tobacco Dock. "We've been doing day parties in London since 2014 now and quite large scale day parties," she said. "We found it hard to get licences so we decided, rather than try and force our way in, to think outside the box and flip the model to do daytime. And so far, in London, it's really worked.

"I'd say people go as crazy during the day as they do at nighttime but it does mean that people turn up with a different attitude. When you go to a late night club in London, the doors will open at say 10/11 o'clock at night, but nobody wants to get there until 1am. At our parties people tend to turn up a lot more sober, so you have a good shout at it being less messy."

Earlier, DJ and producer Jesse Rose (pictured), who brought the curtain down on his 20-year career last year, provided an insight into his work and offered advice to the next generation in a keynote interview with BBC Radio 1's B.Traits.

“Helping younger DJ’s come through is the best part of my legacy,” said Rose. "I’m not leaving dance music, everything that I’ve learnt on the way I want to bring back into it. It felt like a good time to retire from DJ-ing every week."

Rose encouraged acts to consider changing booking agencies if they are stagnating "in the middle of the roster". "The people that earn the most money with your agent are the ones that he's going to prioritise but also people at the bottom of the roster that earn the least money, to him are the most exciting because they're the people that are going to come through," he said. "Now where you don't want to be on the roster is in the middle.

On a similar theme, he added: "The best manager you can have is a manager that's not already a big manager. What you need from a manager is someone who wakes up and thinks about you. We were kind of led to believe that having the best manager was the biggest manager and they could do all these things for you but, actually, the best manager, as I've seen it in the industry, is the guy that's your mate who absolutely just really wants you to kill it."