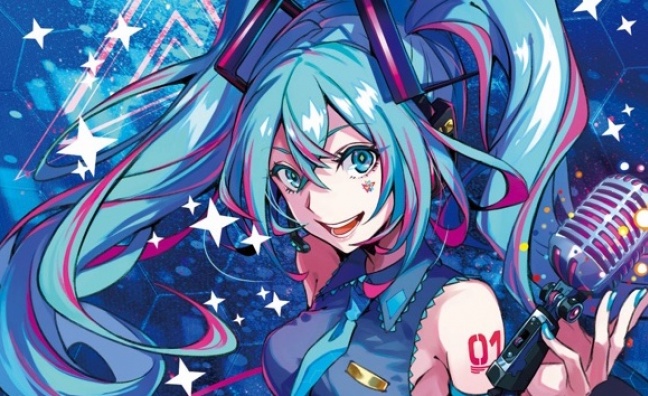 Virtual singer Hatsune Miku is coming to Europe for her second European concert tour, including a London date.

The Hatsune Miku Expo 2020 Europe tour heads to five cities, starting with a show at O2 Academy Brixton on Saturday, January 11, promoted by Live Nation and Academy Events, and followed by dates in Paris, Berlin, Amsterdam and Barcelona.

Created by Crypton Future Media in 2007, Miku is a 16-year-old girl with neon-blue hair, whose 3D graphic persona performs on stage with a full live band in an audio-visual experience.

She has had millions of hits on YouTube and toured her most shared singles, with worldwide shows in the United States, Indonesia, Japan, China, Malaysia, and Europe all sold out, including a gig at London's Olympia in December 2018.

The character opened for Lady Gaga during her 2014 tour, been launched into space twice, collaborated with Pharrell Williams and made her TV debut on the David Letterman show.