Overnight news from around the world: Monday, June 20 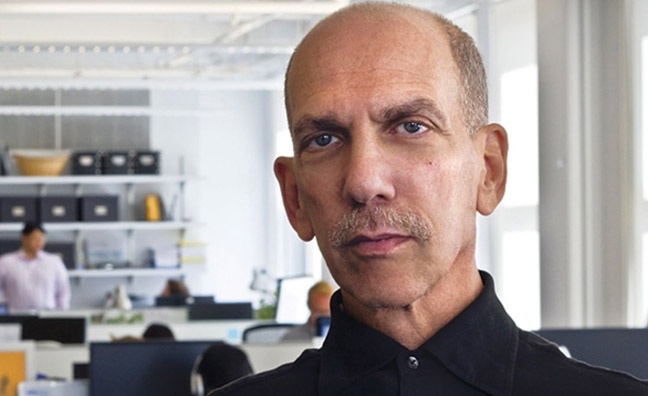 The saga of electronic music company SFX continues, after it unexpectedly terminated its Chapter 11 agreement last week, effective immediately. A statement from the live promoter read: “This provides SFX the flexibility for more comprehensive negotiations with all of its constituents with the goal of developing a consensual Plan of Reorganization” before also adding: “While the Company continues to work its way through this process expeditiously, there is no set timeline for filing a Plan.” The troubled live promoter filed for bankruptcy back in February, and has since been selling off assets, including Fame House to Universal. It may now be looking for a full acquisition – or seeking to remove former CEO Robert Sillerman (pictured), who remains chairman of the company’s board, for good.

Aussie streaming service Guvera’s attempt to IPO has been shot down by the Australian Securities Exchange, even after no fewer than 45 changes were made to its prospectus. AMMA Private Equity chief executive Paul Jansz, who led investors to the company, called the decision "a tragedy". In a letter to to shareholders on Saturday, Jansz claimed the decision represented a "lack of knowledge" and "small-minded view" towards tech companies in Australia. He added:“It's typical of a small country and a tragedy to the Australian public and shareholders as Guvera would not be treated like this in an overseas exchange.” (AFR)

Day four of the Stairway To Heaven trial saw John Paul Jones take to the stand to discuss the origins of the Led Zeppelin song. Also testifying on the side of the defence was musicologist Dr. Lawrence Ferrara, who played sheet music for Taurus and Stairway To Heaven to prove they did not sound similar. He played more "prior art" compositions with similar chromatic lines to demonstrate his point that the musical building blocks are not protectable intellectual property, but commonplace throughout music. Ferrara’s testimony was interrupted by the entrance of a presumed fan, who came into the courtroom holding a guitar for an autograph. (Rolling Stone)

Google expected to clear one billion DMCA links this year

The number of takedown notices being sent to Google has quadrupled in the last two years, with the search engine expected to scrub more than a billion links from its index in 2016 alone. 5.1 million URLs were reported to Google in first week of June, 2014, increasing to over 22m just two years later. Since 2011, the company has already removed more than a billion links, and the 2bn milestone is expected to come in just a few months. (TorrentFreak)

A global star when he first emerged in the late 1980s, Rick Astley tops the UK chart for the first time since then with new album 50, which he wrote and produced singlehandedly, and which celebrates the barely believable fact that he is indeed half a century old. It also debuts at No.35 in Flanders, No.42 in Germany, No.65 in The Netherlands and No.76 in Wallonia. Astley's UK coronation was a surprise, with singer/songwriter Tom Odell - at 25, half Astley's age - widely expected to register his second No.1 album, but sophomore effort Wrong Crowd faltered at the last, and debuts at No.2. It also debuts at No.6 in Ireland, No.9 in The Netherlands, No.13 in Flanders, No.16 in Germany, No.36 in Wallonia, No.45 in Italy, No.58 in Sweden, No.72 in France and No.80 in South Korea, with more to come next week. Almost as old as Astley and Odell added together - he is now 74 - Paul McCartney's first new compilation in 15 years, Pure McCartney, opens at No.3 in Flanders and The UK, No.4 in Japan and Wallonia, No.7 in Germany, Ireland and The Netherlands, No.14 in France, No.17 in Italy and New Zealand and No.50 in Sweden. No.1 in the UK last week, when it also made the Top 10 in Ireland (No.2) Flanders (No.2) The Netherlands (No.8), New Zealand (No.8) and Sweden (No.9), Paul Simon's latest album Stranger To Stranger now occupies similarly lofty ground in The Czech Republic (No.3), The USA (No.3), Canada (No.4), Norway (No.9) and Switzerland (No.9). Finally, Drake's Views continues atop the charts in Canada, Norway and The USA but falls 1-2 in Denmark, and is also Top 10 in Sweden (4-2), Ireland (3-2), New Zealand (17-3), Finland (2-3), The UK (2-5), The Netherlands (7-4) and Australia (10-7).

The latest edition of Music Week takes a good, long look at the potential effects of Brexit, ahead of the referendum later this week, while TuneCore CEO Scott Ackerman takes the Big Interview slot. Also inside the new issue are profiles of Polar Music Prize, Revelator, 2000 Trees and Richer Unsigned, as well as a new study on streaming in the UK.