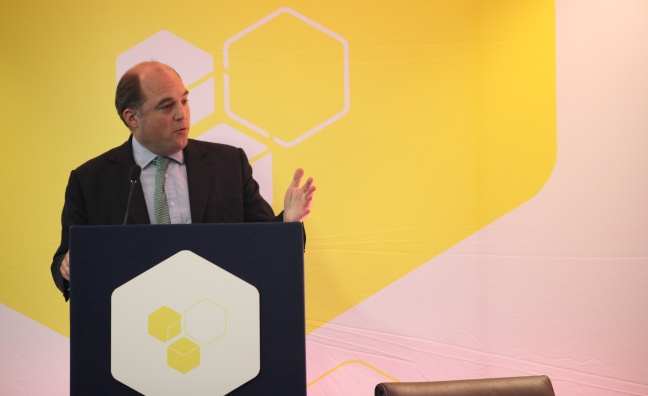 Security minister Ben Wallace has said the live music industry is at the “vanguard” of counter-terrorism, following recent attacks in Manchester and Las Vegas.

Wallace (pictured) was speaking at the inaugural Event Safety & Security Summit (E3S), held last week at the Intercontinental London Hotel at The O2.

It was attended by 250 delegates from 22 countries, among them venues, festivals, promoters, sports professionals, trade associations and security experts.

The first panel of the day discussed the importance of pre-event planning following what Colonel Richard Latham, The O2’s head of security, called a “step change” in the terrorist threat in the UK.

The panel discussed how the threat has changed; discussing the recent varied attack methodologies and stated the threat is being aimed at “high-profile targets”, such at concerts and other live events.

In a subsequent panel, Wembley Stadium’s Liam Boylan said his customers have come to expect rigorous security on the door.

“Football crowds normally arrive late, in last 45 minutes before the match,” he said. “To give plenty of time for entry, we told them that they needed to be there an hour before – and to their credit people did. But even then we had complaints afterwards that the search was inadequate.”

Pascal Viot of Switzerland’s Paléo Festival Nyon spoke of the need for any extra measures to be “proportionate”, warning of focusing too much on the perimeter – “this vision of a ring of steel” – at the expense of staff training.

“We’re talking about searches, but we don’t even know what we’re searching for,” he said, stressing that security is a dynamic process that changes and adapts constantly. “If we find an explosive belt at the door, what do we do?”

Live Nation’s Phil Bowdery said there was a “huge expectation” from artists about the level of security at venues, with “most international acts bringing a bigger security detail, and are quite detailed on what they want and how they want it, which we haven’t really seen before”.

He spoke of the need to “manage expectations”, considering the limited amount of money in the pot, especially when many artists are now submitting riders asking for armed police. “It’s about understanding their reasons for it, and showing them, yes, we are aware [of their concerns], but that we have to protect our customers – the people who are buying tickets – too.”

John Sharkey of SMG Europe, operator of Manchester Arena, said the company was focusing on a new increased security environment whilst getting people into their venues earlier, which both “flattens out the arrival pattern and has the benefit of guests spending more money inside the building instead of nearby bars”. This, he said, will “help fund some of what we’re doing [security-wise] over the longer term”.

Professor Chris Kemp, founder, CEO and owner of Mind over Matter Consultancy, called for a universal set of security standards across the world’s major events venues

Kemp concluded that it’s best to avoid responding to the methodology of individual attacks – “this has happened, so let’s jump on that” – and instead formulate a coherent plan with all venue staff to be prepared for any eventuality. “These attacks,” he said, “are random and unpredictable. But our response isn’t.”