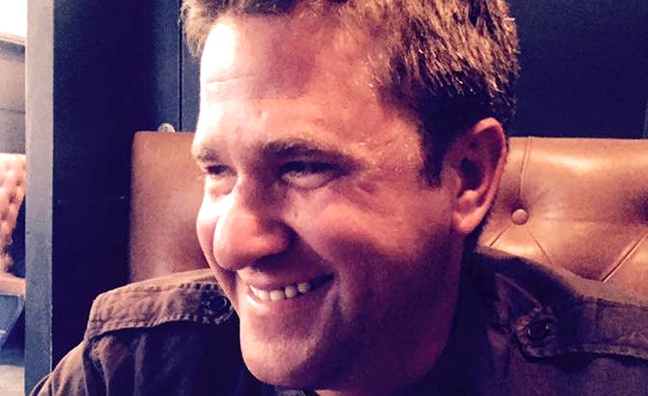 This week's Q&A is with Billy Mauseth, organiser of Brighton Music Conference (BMC). Now in its fifth year, the leading electronic music event returns to Brighton Dome tomorrow (April 26) for the first of two days of sessions.

I worked for Rub-A-dub Records in Scotland, helping distribute 12" vinyl records across the country. I used to fill crates with all the hottest import records including Detroit techno, Chicago house, Belgian, Dutch and German techno from labels such as Djaxx, Transmat, R&S and load up the car and drive up to the North of Scotland. In those days we sold  mostly 12” vinyl and techno was very big in scotland so it was a good business. Of course, all the money I made was spent all on vinyl, so the job really just subsidised my deejaying career. It was a great time for the electronic music scene and  I was dejaying at parties in Aviemore, Glasgow, Inverness, Kyle, Skye. However the best parties were on the banks of Loch Lomond with Spiral Tribe and also with Dave Beer from back to basics.

Our first BMC was in 2014 – however we had been working on it since 2012. I am managing director of the business, which is also a labour love for me as an electronic music business aficianado. The whole idea behind BMC was to create an electronic music conference for the UK, which can build towards an exciting event the size of  IMS, ADE, WMC and Sonar. The UK has been a huge influence on dance music, however the industry was never able to find the right location for a British version of those DJ-based events. Although successful music conference events had taken place in London such as City Showcase, we felt the Dome was the best place for an electronic music summit because it’s close to all the venues and Brighton is a beautiful city by the sea. It has an esteemed electronic music heritage with Fatboy Slim, Carl Cox, Freestylers, Friction, Steve Mac and many more and the fact that it’s stone’s throw from London has made it rock.

To be honest it’s the only thing I know about. I’ve been in the industry since I was 16 and am now 45! Apart making friends for life who share the same sentiments and interest in electronic music, the best thing about working at BMC is being able to push the music and the industry forward by showcasing and support new technology, encouraging innovation around new ways to market, new sounds, new styles, and new solutions to the age old dilemma of people being able to support themselves through working in the music business. The conference is a great way for people to keep abreast of the advancements in tech, legal, marketing and promotion. One such development involves Jude Thompson, who’s working with BMC to launch the Women In Dance Music (WDM) Collective. The WDM Collective has been created to amplify the visibility of all women working with the electronic dance industry from engineers to artists and will be holding a meet and great at the Peliroco Hotel, open to everyone.

Honestly, an increase in investment and sponsorship across the whole industry by the industry or government would make a real difference to grass roots development. It would make the industry feel more respectable and inclusive. One of the issues the dance music industry always faces is the perception that it’s a DIY version of the mainstream music business. The truth is, It’s a proper fulfilling and lucrative industry to work in, when you have good talent and great skills. Our forte is in pushing forward the business side of electronic music, while letting the public se the inner workings of the creative magic.

Brighton Music Conference has been the most rewarding project so far. Although, we make an incredible effort to create an essential agenda including network events for visiting industry professionals and highly informative presentations to our Academy members, the highlight has been turning BMC into the UK’s biggest and most important electronic music conference and now probably the foremost music conference in the UK.

What's the best gig you've been to?

The best ever event was Detroit techno collective Underground Resistance playing Club 69, Rub-A-Dub’s old club in Paisley, 25 year ago. Funnily enough I went back last year for Rub-A-Dub’s 25th birthday at a club in Glasgow, where Underground Resistance made an appearance. Afterwards I was invited to an after party in a derelict warehouse on a disused industrial estate where there was a Funktion One sound system set and UR played all night for 1,000 people, before I caught a flight back to Gatwick.