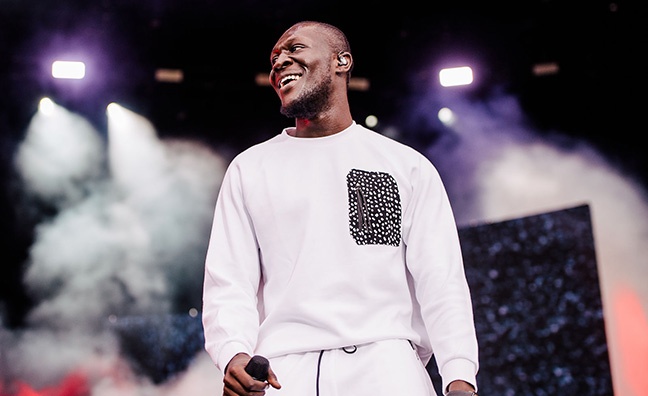 The BRIT Award-winning star had been due to headline and curate two nights at the event, held in the Austrian ski resort of Mayrhofen, on Thursday evening (April 11), in what was billed as the #Merky Takeover.

However, he pulled out after alleging his manager and friends had been "racially profiled, targeted and aggressively handled" during a weapons search at the festival.

"My sincerest apologies to anyone who travelled all that way to watch me perform I’m genuinely upset that you’ve wasted your time and money and that burns me more than you’d know," he wrote on Instagram Stories.

"My manager and all my friends who were at the festival were racially profiled, targeted and aggressively handled because they had 'reason to believe someone was carrying a weapon'. The security targeted them (despite no one fitting the description), were physically aggressive when handling them and there’s been no effort from the festival to actually deal and address the problem."

Snowbombing, which is promoted by Broadwick Live, issued a statement regarding the cancellation.

"Snowbombing's security were alerted to the possibility that an individual at the festival was allegedly carrying a weapon," it read. "In accordance with protocol, a small number of attendees, including Stormzy’s manager were escorted to the nearest exit, searched and no weapon was found.

"Stormzy's management were unhappy with the manner by which this took place and as a result Stormzy will no longer be performing tonight. This evening's Forest Party will now not go ahead as planned.

"We are deeply saddened that any individual would feel uncomfortable at Snowbombing. Snowbombing would like to wholeheartedly apologise to Stormzy’s team. We are doing everything we can to understand the full situation and are treating this with the utmost seriousness to ensure this does not happen again."