Tens of thousands flock to Isle Of MTV Malta 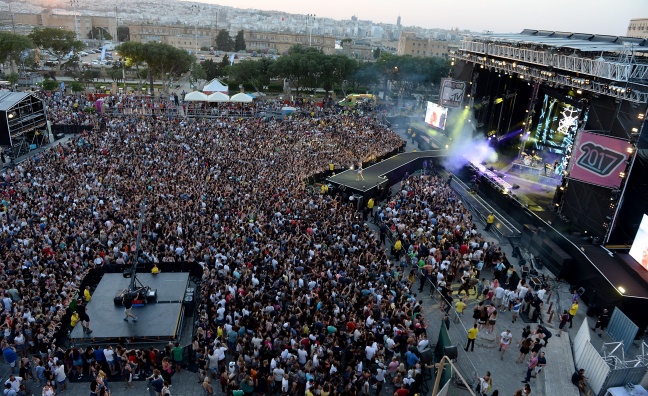 Tens of thousands of pop fans flocked to Isle Of MTV Malta, which was expanded into a week-long festival for the first time.

The week-long festival - Isle of MTV Malta Music Week - saw the one-off return of 90’s dance show, The Grind. Crowds  came together at the island’s party hot spot, Café del Mar for DJ sets from MTV's own Becca Dudley, Rewire & Varski, as well as Denmark’s Martin Jensen, alongside dance-offs from crews from all around Europe.

The live stream was hosted by Dudley and co-host, Rio Fredrika. Jensen closed out the show, which streamed live on Isle of MTV Malta’s Facebook page and www.isleofmtv.com.

Last year, MTV announced a four-year extension to its partnership with the Malta Tourism Authority for the annual event.