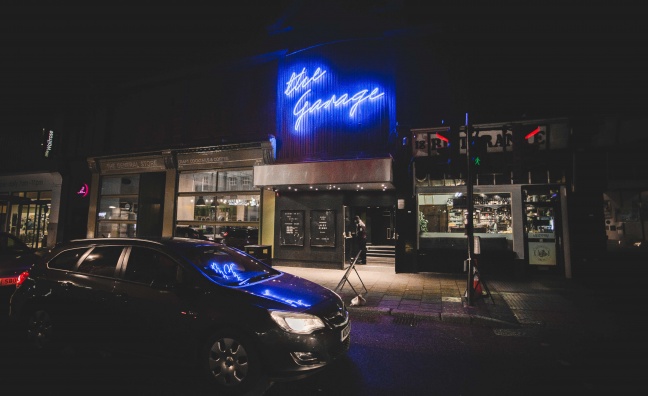 DHP Family has unveiled its transformation of The Garage in Islington at a launch night for the industry.

Promoters, agents and press turned out last week to experience the overhaul after its acquisition from Live Nation last year alongside The Borderline in Soho, which reopened last month.

In addition to refurbishing the 600-capacity main music venue and adding a brand new top of the range sound system,  a daytime bar (The General Store) and a second independent 150-capacity live music space (Thousand Island) have been created.

“I’m super happy with how everything’s turned out with The Garage, the new venue Thousand Island and our lil coffee and beer spot The General Store," said Ed Lilo, DHP Family head of venue programming London. "The launch was a huge success with a bunch of friends, promoters, agents and competing venue operators drinking the bar dry and checking out what we’ve done to the venue.

“People seemed especially impressed by the new backstage offerings and drink selections, as well as the attention to detail our design partners Zopsigog went to in all elements of the project. On top of a busy spring concert schedule featuring Hayseed Dixie, Wire, The View, Mystic Braves, Day Wave, Cherry Glazerr, The Coronas, Melt Banana, The Smith Street Band, Propagandhi, Waxatchee, Chastity Belt and much more, we’ve noticed a sizable uptick in inquiries and interest. Exciting times.”

Since opening in 1993, The Garage has hosted artists such as Radiohead, Lil Yachty and Red Hot Chilli Peppers.