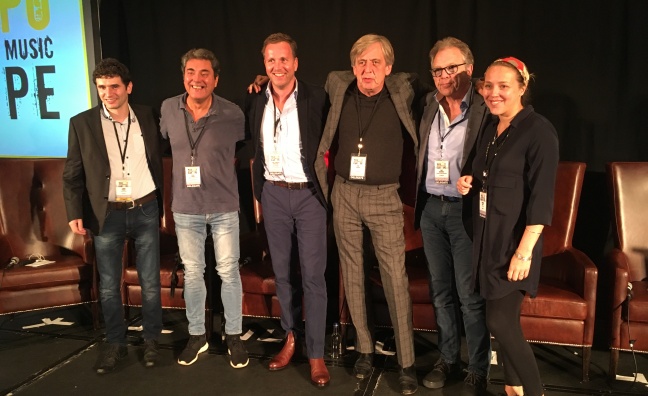 Two leading promoters have called on the live industry to embrace dynamic pricing for shows.

Live Nation’s president of touring, international, Phil Bowdery and Robomagic CEO Rob Hallett were speaking during the live panel at this week’s MUSEXPO Europe conference at the Millennium Hotel in Mayfair.

"We're underpriced in the front of the house and that's evident because of all the prices you see on the internet [on resale sites],” said Bowdery. “We have to look at it and, same argument as with airlines, it's dynamic - dynamic pricing is something that we all really need to get into to make it work, otherwise someone else is taking that revenue. We're [taking the] risk for the band and that revenue's walking out the door.”

Hallett experimented with dynamic ticketing during Bon Jovi’s 2013 UK stadium tour, in his former position as AEG Live’s president of international touring. "We had £25 [tickets] in the upper tier and up to £150 in the golden circle,” he said. “I think [dynamic pricing] has to come in, I think it's important. Hotels do it, airlines do it.

“It makes sense on a number of levels if it's done right. It won't work on every act, but it worked with Bon Jovi.”

Fellow panellist UTA agent Natasha Bent, who represents acts such as Chvrches and Foster The People, spoke of Foals’ rise to arena and festival headlining slots. "Ultimately you have to be a great band and write great songs, it's still about the body of work,” she said. “But I think that the interesting thing with Foals - and a lot of bands are following this path - is that in 10 years, each album they've sold probably the same number - let's say around 100,000 copies. They've never lost their old fans, but on a new record it's advanced and they've gained new fans.

“They're just an amazing band, the songs they write might not have transcended No.1 in records or A-list radio, but it's definitely word of mouth [spreading].”

Bent praised promoters such as Festival Republic MD Melvin Benn for their support of the band. “On the second record, at the end of the campaign, [Benn] put Foals headlining Latitude. We were freaking out on our side, were we ready to do it? And ultimately Foals stepped up to the plate. It was a moment [and] it's about grabbing those moments. But it's a whole team effort. It’s not just the agent that does it but having a hard working support team around them and a strategy.

“Booking Foals…every gig you play, every festival you play, there has to be a reason behind it and somewhere to lead to. They've been very clever at that.”