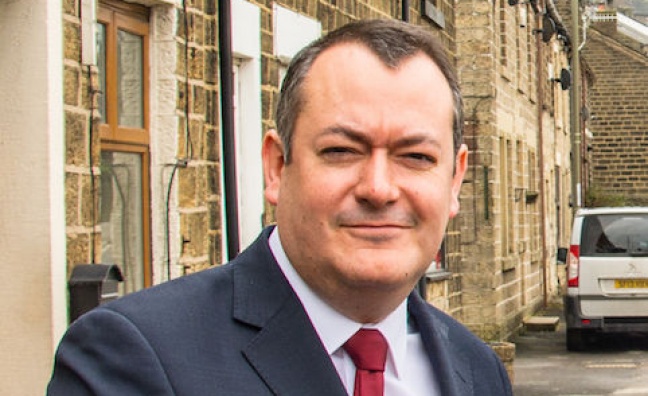 UK Music CEO Michael Dugher has urged venue operators to show a final “tidal wave of support” for the planned introduction of the Agent Of Change principle ahead of next month's deadline.

Venue bosses have until Thursday, May 10 to back the proposals, which would form part of the Government’s draft National Planning Policy Framework (NPPF) and promise to offer much greater protection to venues facing the threat of closure.

Agent Of Change means developers would have to take account of the impact of any new scheme on pre-existing businesses like music venues before going ahead with their plans.

Dugher (pictured) said: “Thanks to the tremendous support from the music industry and organisations like the Music Venue Trust, we are only weeks away from securing legally robust protections for music venues.

“We want one last tidal wave of support from venue operators and everyone who wants to protect our amazing live music scene to get Agent of Change enshrined in planning rules.

“I would urge people to have their say on the Government’s proposals and show their strong support for this important change.

“Small and grassroots venues are a vital part of the talent pipeline that help nurture future talent and play their role in the music industry that makes a £4.4 billion contribution to the economy.

“I hope we are just weeks away from making Agent of Change a reality and safeguarding cherished music venues everywhere.”

Details on the Government’s consultation on the draft revised text of the National Planning Policy Framework and how to make a comment can be found here.