'Venues of this size are so important': Nottingham's Rescue Rooms turns 15 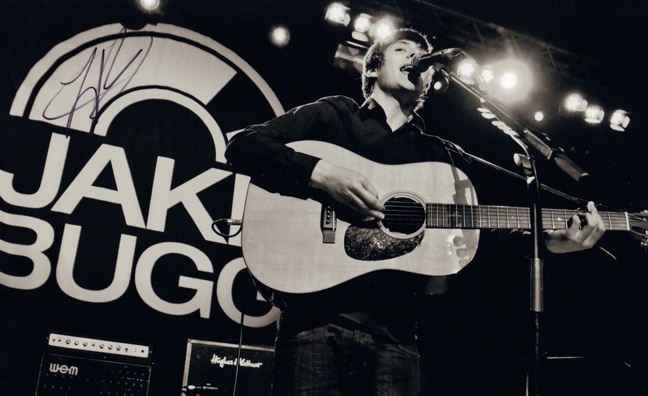 DHP Family’s Rescue Rooms is in the midst of a week of celebrations as it marks its 15th birthday.

The 450-capacity Nottingham club, which is nominated in the Grassroots Venue: Spirit Of The Scene category at the 2018 Music Week Awards, welcomes BBC Radio 6 Music’s Steve Lamacq for a special DJ set tomorrow night (February 24).

Lamacq played during the venue’s opening week in February 2003 and his appearance will cap off an all-day party, featuring live music across three rooms, with a focus on local acts. Previous artists to have performed at Rescue Rooms include The Killers, Kaiser Chiefs, local boy Jake Bugg (pictured), Calvin Harris, Ellie Goulding, Rag’N’Bone Man, Wolf Alice and The Libertines.

“We had the Libertines in the first week,” DHP director of promotions Anton Lockwood told Music Week. “They can be a bit hit or miss, but it was definitely a hit that night. People were pilled up to the ceiling, covered in sweat, and the band absolutely sparked off each other. That was a hell of a gig.

“One of my favourite gigs I’ve seen in Rescue Rooms was last week and that was Lewis Capaldi. It was his first ever show with a band and he’d previously played Nottingham Bodega for [DHP festival] Dot To Dot. So it’s not just about looking back, it’s about being current as well.”

Rescue Rooms’ birthday celebrations began last night with a 15th anniversary party with This Is England DJs and will go on to include an Acoustic Rooms takeover event, comedy night and quiz over the coming days.

Lockwood was working as a local promoter before being hired by DHP owner George Akins to help devise and operate what would become Rescue Rooms.

“I’d been promoting shows at The Boat Club in [nearby] West Bridgford, which is a brilliant venue, but it was out of town,” said Lockwood. “You had to bring your own PA and it wasn't somewhere you could really go after a big number of shows, with a company behind it that could afford to make it work. So it meant we were able to bring a lot more bands to Nottingham.”

Small venues remain a critical part of the artist development process, added Lockwood. “Venues of this size are so important,” he said. “It’s important to have that pathway. It’s important to nurture acts and grow them and we’re very pleased we’ve managed to make it work these last 15 years.”

One of Lockwood’s favourite off-stage stories involves Busted’s Charlie Simpson, who once turned up at Rescue Rooms to watch Scottish alternative rockers Aereogramme.

“One of our managers realised he was drinking a beer but was under 18,” laughed Lockwood. “So we went over and accosted him and said, ‘We should really throw you out, but here’s 100 posters, sign them, we’ll take the beer off you, but don't go near the bar and we’ll let you watch the gig’. And he did and he loved it, so that was quite a good one. “

He continued: “Another one that made me laugh was when Kings Of Leon played Nottingham Arena. It was a Friday night so we decided to do a semi-official aftershow, and got their support band to come and play again.

“So we set it all up and they played, then four guys in quite cool clothes turned up and our manager was like, ‘Oh my god, it’s Kings Of Leon!” He swept them backstage and plied them with champagne. It turned out they were just four lads who’d been to the gig and had dressed like their heroes!”

Alongside Rescue Rooms, multi-faceted venue operator and promoter DHP runs Nottingham's Rock City, Stealth and Bodega, along with Thekla in Bristol and London's Oslo, Borderline and Garage. It also programmes Manchester Cathedral's music output. Its festival portfolio includes Nottingham's Splendour and Everywhere, as well as the multi-venue Dot To Dot and Mirrors.

As a promoter, it stages more than 1,500 shows a year and will co-promoted Ed Sheeran's 2018 UK stadium tour with Kilimanjaro Live.