Viewpoint: Sofia Guellaty on why Saudi Arabia is one of the world's most creative new markets 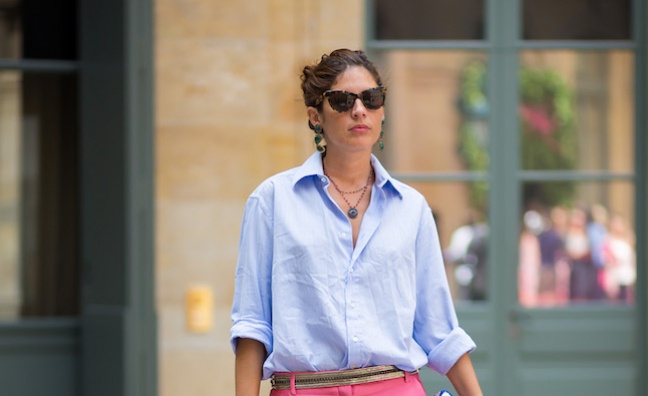 Ahead of MDLBEAST's XP music conference which takes place in Riyadh, Saudi Arabia, between December 13-15, Tunisian journalist Sofia Guellaty, founder and creative director of creative and publishing agency Mille World – and an advocate for the new event – explains why, with more than 60% of the country's 35 million population under 30, a new music-driven culture is emerging in the region.

You won’t have read about it in global media publications, you probably haven’t seen it on TV, but over the past few years there has been a colossal transformation taking place in Saudi Arabia. What you think you know, you probably don’t know.

At the core of this has been a government-led initiative to open Saudi Arabia to the world. And more importantly, to show the world what Saudi Arabia is truly made of.

I am talking millions of kids who, after years, now have the license to explore who they truly are by being offered cultural content that is unbounded, unfiltered, and, more importantly, authentic and relevant to their own stories.

Aside from economical plans of increasing tourism, and banking on the entertainment industry, in Saudi – and unlike other places in the Arab world – lies an authentic will and a real infrastructure to give space to homegrown voices.

In that region, unfortunately, too often have they have tried to fit the globalised bill of what culture should look or sound like. Because the narrative is that making it in the west, or having some sort of validation there, is the only successful outcome. Yet Saudi is changing this paradigm, offering cultural programs that are authentic to the Arab world, inviting a global audience to discover these regional talents while giving them access to international networking. It starts from home.

Here, millions of people who never dared to dream of making it in creative industries are offered incredible opportunities they would never find abroad. And MDLBEAST is one of them. Only one thing is asked of them: come as you are, Saudi traditions and all.

For someone like me who’s worked so much in Saudi, and who travels around the world looking for inspiration, to see this youth culture finding its power and claiming it is incredible.

"Saudi's idea is to let the world in, while offering something so fresh to the international stage"

Socially, economically, culturally, the pace of change is unusually fast and the opportunities created are fascinating. Of course, there are shocking paradoxes, and, as this is only the beginning, the reception can still be met with scepticism.

For example, we interviewed a lot of Saudis who are very excited and very ready for change, but their parents are still processing things. How do you explain to these mums and dads what a dance music festival like MDLBEAST in Riyadh is? A rave in the desert? How do you explain that their daughter can go out and wear whatever she wants It’s a lot for older generations to understand, but they also need to celebrate that change is good. Because while these kids are taking global influence on board, they’re not just morphing into a homogenous global group.

They are not becoming other people, they are just building their own identity more openly while staying true to who they are. They are building a new narrative for the region they represent with more freedom, more pride, and more opportunities to dream for a better future. The measure of success will lie in trying to get as many people as possible from the region, and from the world over, to shift their daily thinking. We want this new young generation to consume more culture, with the hope that they take it on board and grow it, add to it and pass it on. After all, this is how shared cultures grow.

The world has never experienced a country like Saudi suddenly switch on the creative economy's lights. But their idea is to let the world in, while offering something so fresh to the international stage.

Let everyone be transformed by the encounter. Let Saudi add its local narrative to the global one, enriching both in the process. The people there are saying: "We're here and we're ourselves, come get inspired by the millions of people, the rich history, the tensions, the patrimony and the new underground scenes mushrooming all over."

While I’m not Saudi, I take a huge sense of pride in what’s happening as an Arab, and I want to be a part of this new shift.

For more information and tickets for the XP conference visit www.xptickets.mdlbeast.com.