Spotify confirmed as headline sponsor for the 2017 Artist & Manager Awards 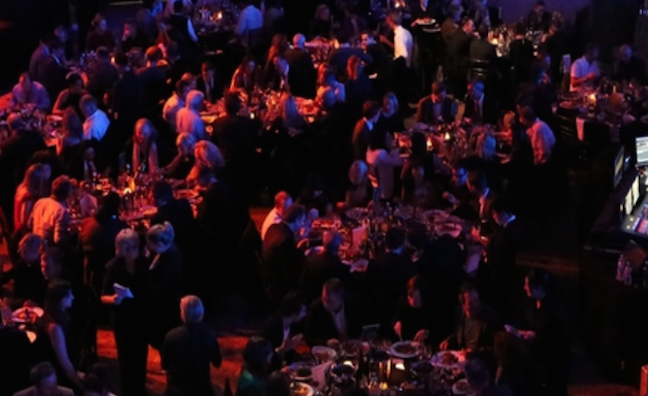 Spotify will be headline sponsors for the sixth annual Artist & Manager Awards, which will be held at Printworks London for the first time.

Organised by the Music Managers Forum, which celebrates its 25th anniversary this year, and Featured Artists Coalition, the event will take place on Tuesday November 14.

The awards will cover a range of categories - all voted for by an industry-wide committee, along with board members of the MMF and FAC. Categories include Breakthrough Manager, Breakthrough Artist, Manager of the Year and Artist of the Year. There will also be special presentations for the Peter Grant Lifetime Achievement Award and the Artists’ Artist Award.

"We're proud to be the headline sponsor of the Artist & Manager Awards 2017,” said Bryan Johnson, director, artists & management at Spotify. “Artists and managers have always been key partners for us at Spotify, so it’s an honour to work with the MMF and FAC to recognise creativity, innovation and leadership within the artist and management community."

Curating 2017’s event will be industry legend Nick Stewart of NS&A, whose career highlights include signing U2, The Long Ryders and Killing Joke to Island Records, presenting the Captain America show on Virgin Radio and recently leading international campaigns for acts such as The Eagles, Steve Winwood, Earth Wind and Fire, Frankie Valli and Neil Diamond. He is currently managing Martine McCutcheon and Mica Paris.

“Twenty-five years is a proper anniversary for a proper organisation,” said Stewart. “Driven by young and dynamic talent across the whole musical spectrum, I am fully confident of an awards show which will show off the best of British management and musical talent.”

MMF CEO Annabella Coldrick said: “2017 has already been an incredible year for music, and the Artist & Manager Awards allows us a unique opportunity to celebrate and recognise those individuals who are driving our business forwards. As a long-time Associate Member of the MMF, I am delighted that Spotify have come onboard as headline sponsor and also to be working with such a widely-respected figure as Nick Stewart. Add in a new venue, and the ingredients are there for our most successful awards yet.”

Lucie Caswell, CEO, FAC, added: “The AMA’s represent a special opportunity to shine a light on some of the best hearts and minds amongst artists and managers. We don’t often get a chance to herald the work of our toughest audience and strongest allies – our peers - so the awards are a fantastic occasion to do so! This year we will be spoilt for choice in all categories, and given the leading role of artists and managers to drive forward innovation in music it feels extremely fitting to have the support of Spotify.”